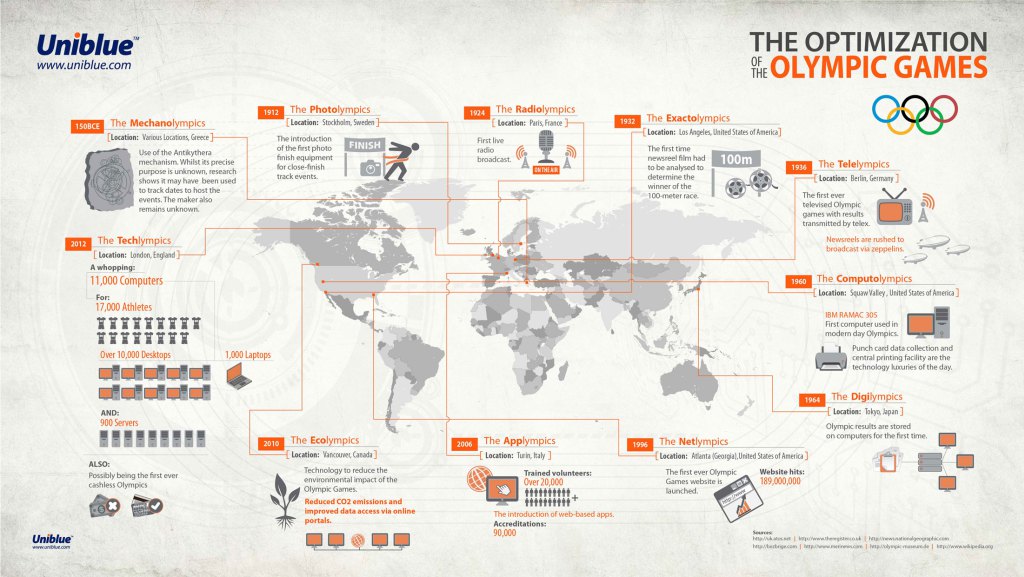 The Olympic Games are considered the world’s foremost sports competition with more than 200 nations participating. This year’s Winter Olympics (Friday, February 9th through Sunday the 25th) is being held in PyeongChang, South Korea. Over 90 national Olympic committees and approximately 2,900 athletes are expected to participate in the games.

This week’s map shows the countries that have made huge technological advancements to the Olympic Games in the past century. To get to the games, the South Korean government has announced the completion of a $3.7 billion “bullet train” line: the Korean Train Express that will be running between PyeongChang and stations in and around the capital city of Seoul. The 2018 games could potentially go down in history for the new tech used in communications, transportation, security, and wearable technology. The games will feature what is being called the world’s largest 5G showcase which will allow live streaming and 360-degree virtual reality. The extensive security will include about 60,000 interceptor drones to catch rogue drones and monitor possible attacks. The Olympics will also feature multi-directional impact protection helmets, smart suits embedded with sensors used for training, and inflatable “airbag vests.” Visa also introduced a wearable device that allows people to make easy transactions.

Below is a map of this years and previous host cities for the winter Olympics. 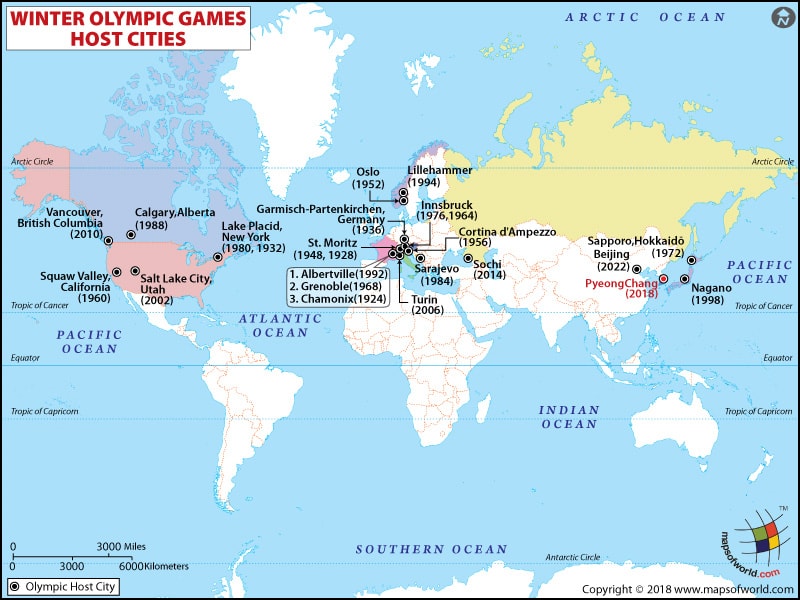 Before the big competition, competitors will have the opportunity to experience the unique multicultural atmosphere of Olympic Villages, where athletes have numerous opportunities to meet their fellow Olympians. The Villages will also have a wide range of activities and services, including a 24/7 dining area serving local and international cuisine, a recreation center, a medical center, and a multi-faith center.

From March 9-18, about 570 athletes from 48 nations will compete in 80 medal events across six Winter Paralympic sports.  Over the past decades, technology at the Paralympic Games had become more specialized; with the development of tailored technologies and equipment to individual athletes. Assistive technology not only helps the athlete to compete but also to help them reach their full potential.