Gender equality tends to vary country by country. In the past few years, great strides have been made toward women’s rights. Some say steps have been made in reverse, as well. When it comes to measuring gender equality and women’s empowerment, a vast number of factors need to be considered. They range from how many women in one country’s government to whether laws exist to explicitly discriminate against women.

In order to determine where women are treated more equally, data from different countries are compiled into The Women, Peace, and Security Index. This index- released annually- measures women’s empowerment in three categories: justice, inclusion, and sense of security.

In order to rank each country, researchers focused on three main categories (inclusion, justice, and security). Each of these categories contains subcategories, which are as follows: 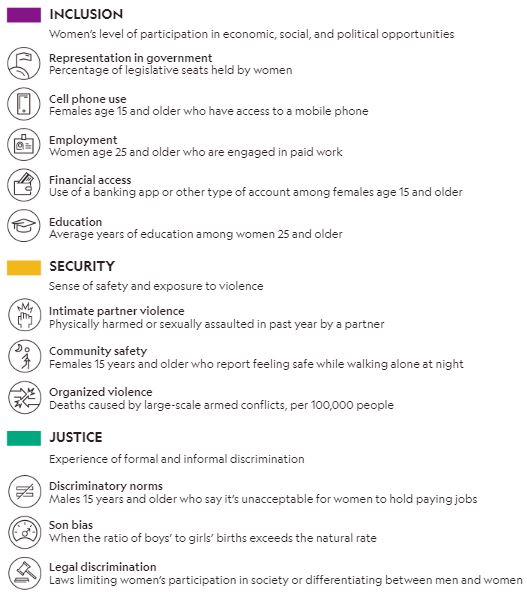 In order to assess global differences in women’s empowerment, National Geographic created a map that captures an overview of how each nation ranks in terms of overall women empowerment. 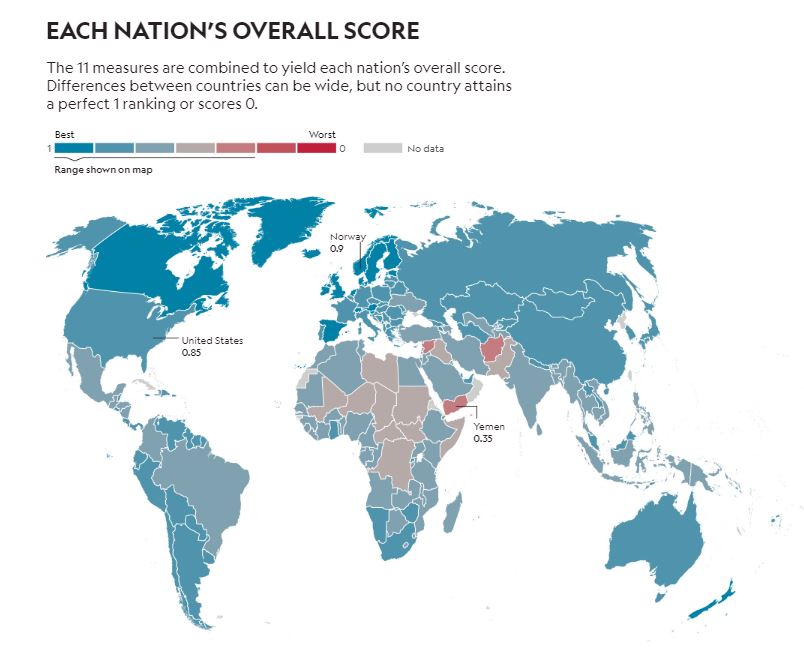 The scale key above the map uses the colors blue and red to depict which countries are the “best” or “worst” on a scale of 1-0, with 1 being the best and 0 being the worst. Those that rank as the best are highlighted in varying shades of blue, with darker shades ranking higher. No country had a perfect score of 1, but Norway came close at 0.9 and exhibits a dark shade of blue.

By contrast, countries depicted in red rank on the “worst” side, with the darker shades of red ranking the worst. Only three countries are depicted in a red shade, which are Iran, Afghanistan, and Syria.

Some countries place in the middle of the rankings, and they are shown in gray. Most of these are located within the continent of Africa and they include Chad, Libya, Sudan and more.

National Geographic’s map is interactive, giving users the opportunity to view a map and other graphs based on data collected for the particular main category they choose. Here, the map depicts data collected for two of the subcategories of the security category, which are Intimate Partner Violence and Organized Violence. 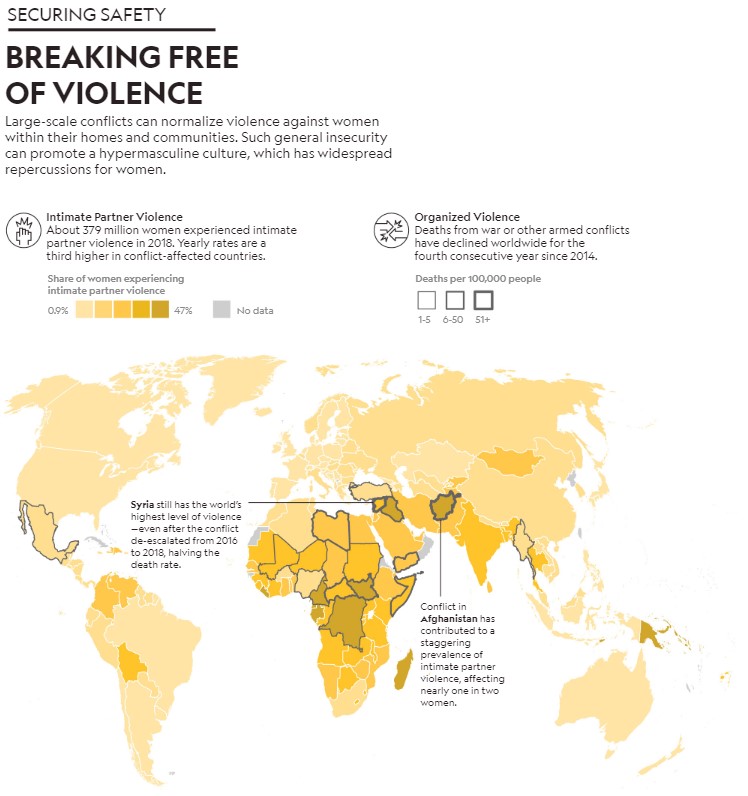 The yellow bar in the top left  is indicates a scale of the percentage of women experiencing intimate partner violence. It ranges from a faded yellow to a darker, mustard yellow, with darker shades signifying increased violence. The Democratic Republic of Congo, Afghanistan and others appear as the darkest yellow shade. Other countries like Bolivia and Colombia are colored a yellow shade that falls in the middle of the color bar.

Organized violence is displayed by outlining countries according to three bold types of gray: a strong bold gray represents where deaths per 100,000 people occur the most. Countries like Mexico, Libya, and Syria are outlined in different bold densities according to their violence rate.

Another category displayed by the maps is “Inclusion.” 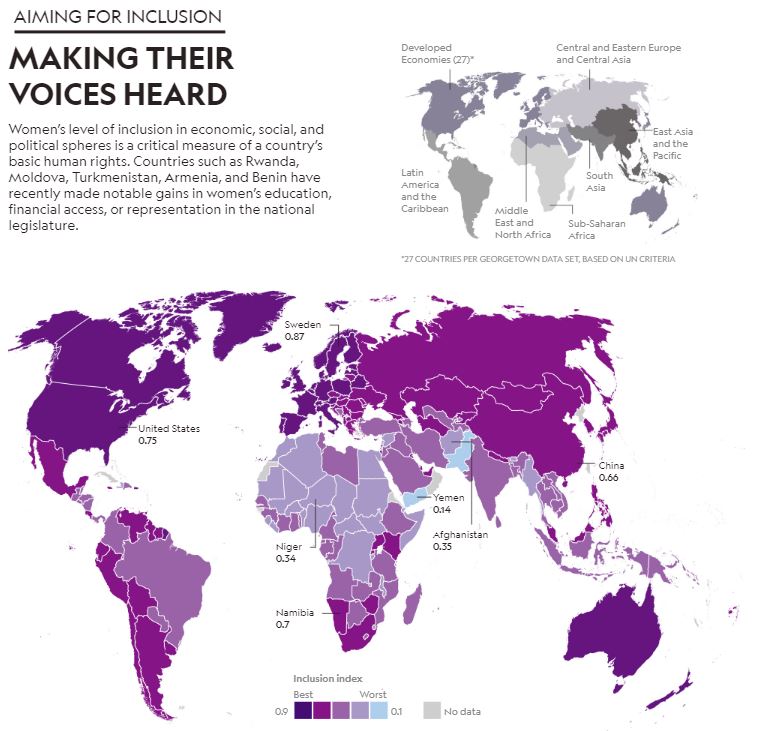 The Inclusion Index analyzes how many women work in a country’s government, are employed, educated, and more. The index at the bottom of the map highlights countries with the “best” inclusion in a deep purple (United States, Sweden, Australia, and more). Those with lighter shades of purple rank lower, with the “worst” being light blue (Yemen and Afghanistan).

Ultimately, National Geographic’s efforts to illustrate data from The Women, Peace, and Security Index helps us better assess and visualize how women empowerment is enacted in various countries around the world.