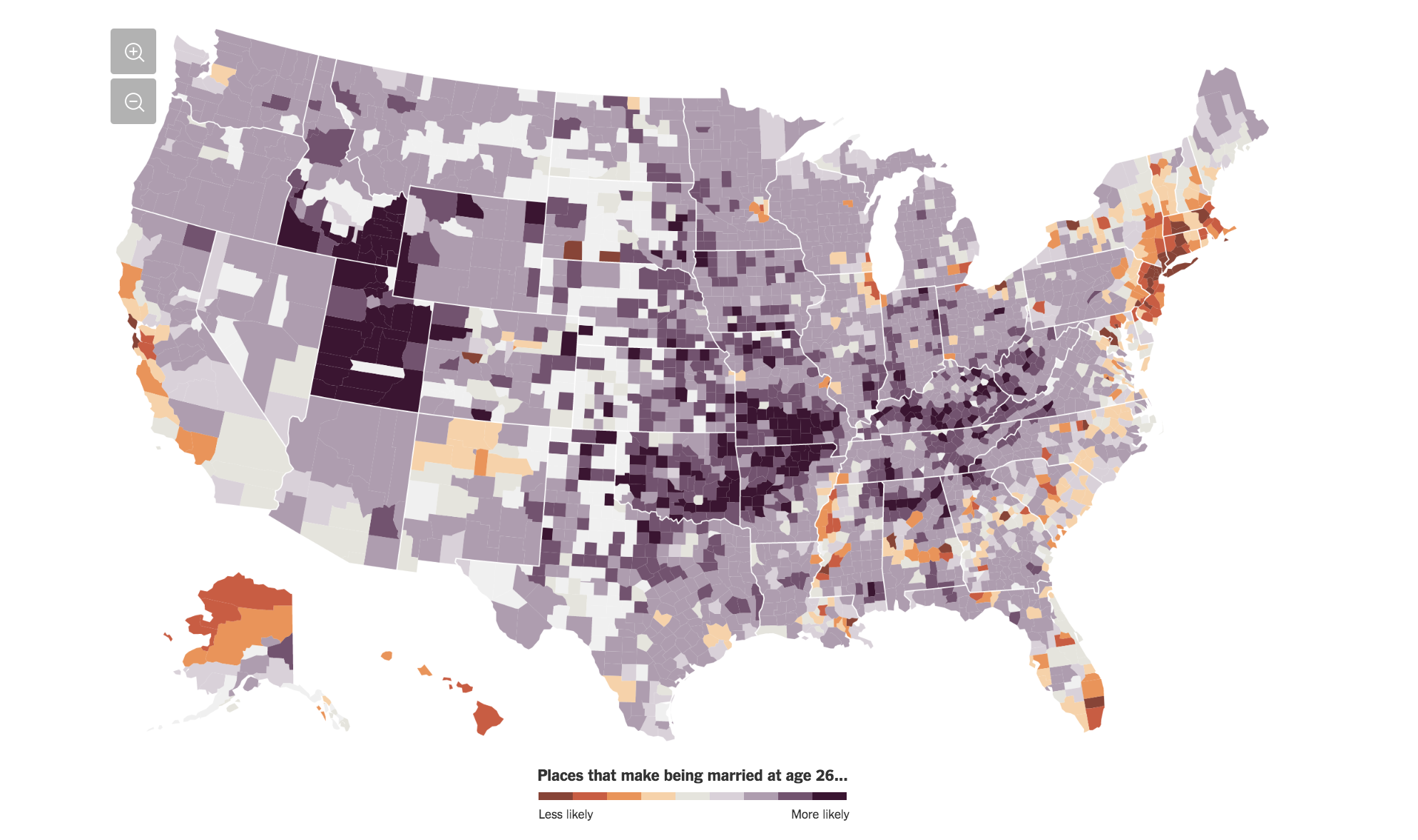 This map from the New York Times is a by-county representation of the likelihood that a 26-year-old in the United States will be married.

One’s hometown plays a large role in shaping patterns about their life. Data gathered in a study by researchers Raj Chetty and Nathaniel Hendren analyzes five million people who were children in the 1980s and 1990s who moved during their childhood.

A major trend is that people who spend their childhood in more populated cities are less likely to be married at the age of 26 compared to rural areas. These correlations are thought to be causal, with geography and one’s environment shaping these trends. Even children who moved from rural areas to cities during the study period became less likely to marry. The cities with the smallest likelihoods of being married by 26 include San Francisco, Philadelphia, and New Orleans. Of the 50 largest counties in the United States, five counties in and around New York City fall towards the top of the charts for having few marriages. 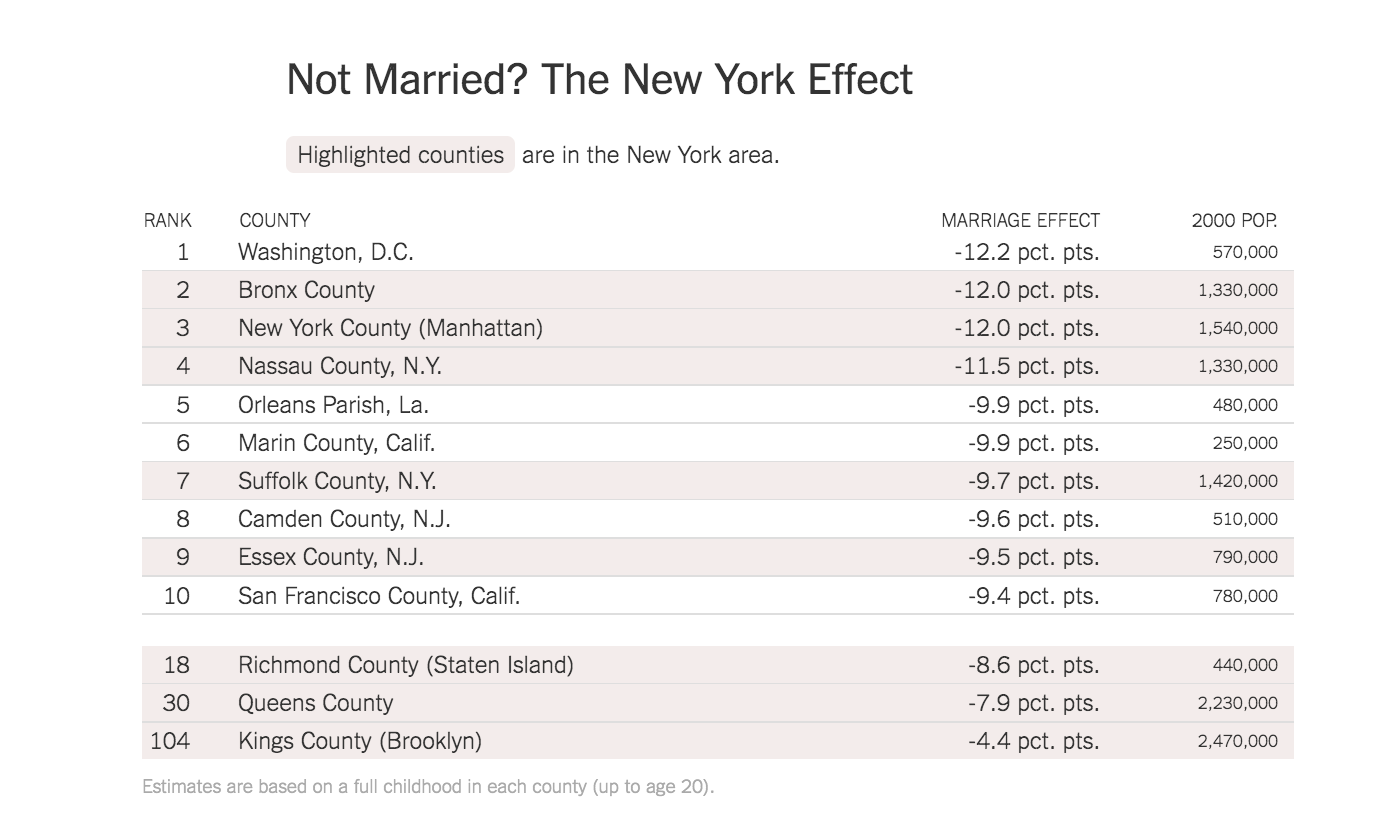 Political beliefs also play a large role; counties that vote more strongly Republican have more marriages. Data found by the Pew Research Center found that 59% of Republicans believe that society is better off when people make marriage and having children a priority, compared to 35% of Democrats.

Regionally, there are some trends to be analyzed as well. In the Deep South, children of higher-income families are more encouraged to get married than those of lower-income families. Race could be a factor here, as African-Americans have lower marriage rates, and lower-income children in the South tend to be disproportionately Black. In the Northeast, children of any income level are discouraged from getting married, while the Mountain West and states such as Idaho and Utah encourage marriage at any income level.