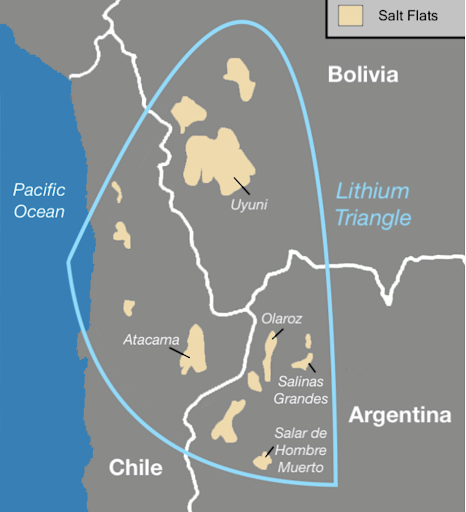 The creation of lithium-ion batteries in 1991 transformed the world. Huge amounts of energy can now be stored in rechargeable, light-weight batteries. Today, along with our inseparable relationship with smartphones, the transition into clean energy has been leading to a surge of demand for lithium. The increasing production of electric vehicles, for one, is one of the main drivers of the lithium frenzy. Compared to the amount of lithium required to make mobile phones, the production of electric cars needs 20,000 times more lithium carbonate. With the current trends, the global lithium market is projected to grow by 500 percent for the next 35 years. Lithium is now one of the most desired minerals in the world, with some calling it the “white gold.”

But where is the lithium supply located? South America has the largest amount of lithium, mostly concentrated in the Andean southwest corner of South America labeled as the “Lithium Triangle.” This geographical triangle borders Argentina, Bolivia, and Chile, where more than half of the world’s lithium resources are found underneath the salt flats. 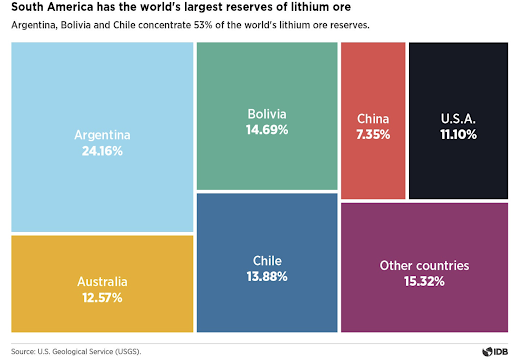 With a large lithium deposit, the door to wealth seems only a footstep away for the three countries. The Bolivian government announced that it will use lithium to eradicate 40 percent of extreme poverty in the country. Yet, realizing this dream is yet to be seen. Bolivia has lithium located at a higher altitude where it is more wet and contains more Magnesium and potassium that further complicate the mining process. Yet, it lacks the technical knowledge to take full advantage of the minerals. Bolivia is also infamous for its poverty despite its abundant natural gas. Bolivia’s use of lithium will be a test to see if it can break out of its resource curse, yet experts are pessimistic about the prospects.

In Chile, the economic benefits of lithium mining have been failing to return to the locals. The joint Canadian-Chilean venture Minera Exar promised six indigenous communities an annual payment for mining the Atacamas group’s ancestral land. Yet, local residents claim that they have not been compensated for their land and continue to live with poor access to basic infrastructure. 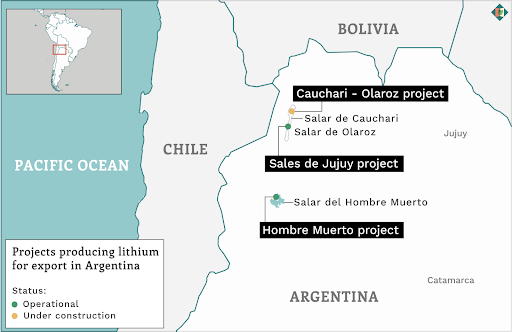 The demand for lithium is bigger than ever in history. Whether or not Argentina, Bolivia, and Chile can use the mineral to drive a sustainable economic development depends on social, economic, and environmental complexities.