With Halloween upon us, it is time to focus on a character strongly associated with the holiday: Witches. This week’s Map of the Week takes a look at 16th- and 17th-century witch hunts in Scotland.

Witch persecution was common throughout Europe in the 16th and 17th centuries. However, persecutions occurred nearly four to five times more frequently in Scotland than in the rest of Europe. Almost 4,000 people were tried for witchcraft during this time, many of whom were women. Regardless of their innocence, majority of them were found guilty and executed shortly after their trial.

Researchers and students at the University of Edinburgh, Scotland used data from the school’s history department to create an interactive map that highlights Scotland’s witch persecution. By creating this map, these individuals hope to shed more light on this part of Scotland’s history. 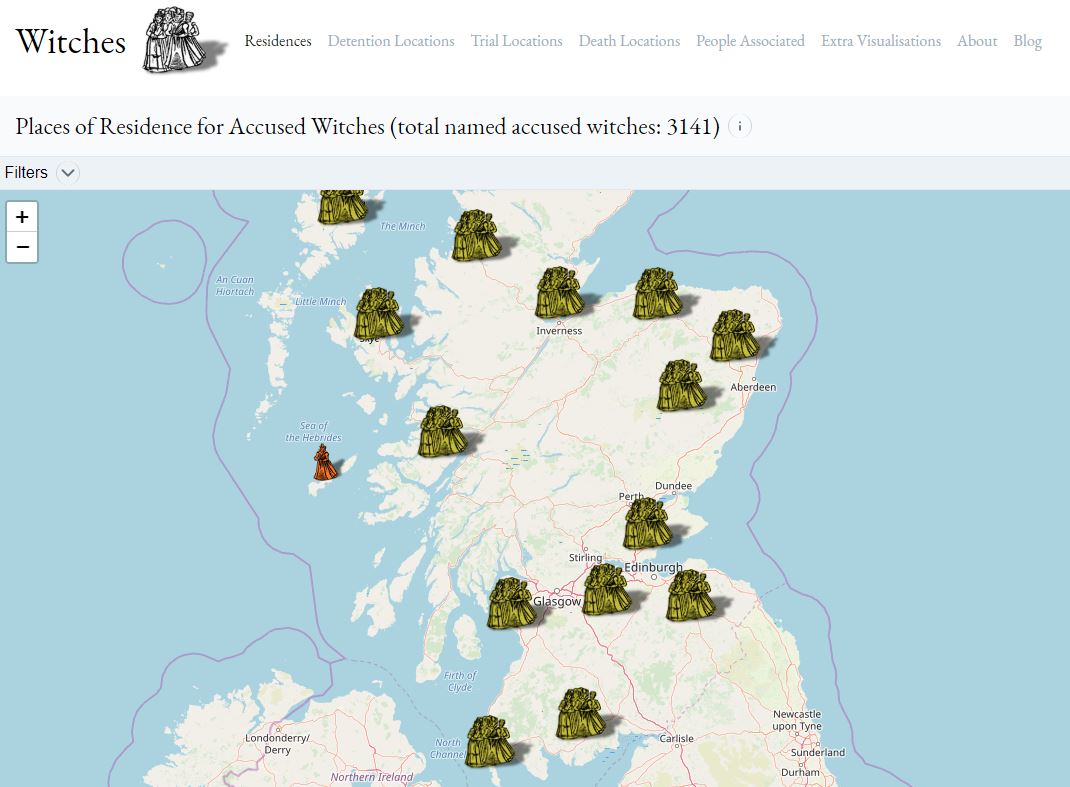 Here, the map details the witches’ places of residence.

Navigating the map itself is quite simple. The toolbar above the map allows you to select the information you wish to see by category. Using the “+” and “-” buttons on the upper left of the map (or by simply clicking and scrolling with your mouse), you can zoom in closer and observe the map in finer detail. For example, let’s take a look at the places of residence for accused witches. If you scroll in closely, one can find the building and street names of where the accused witch lived. 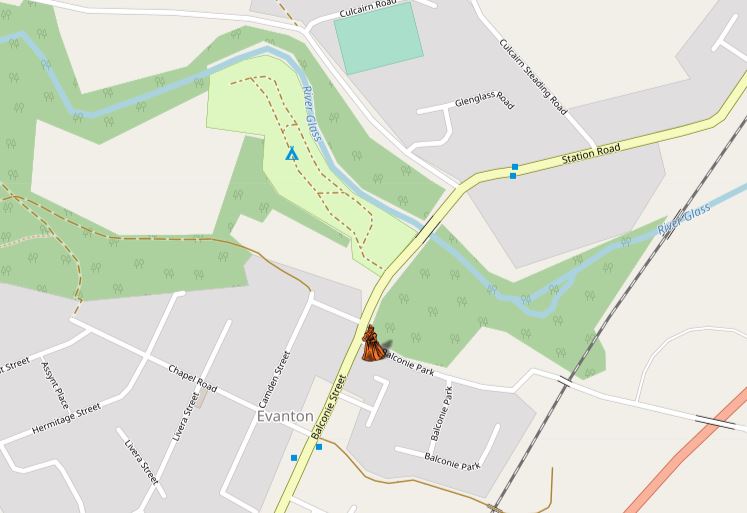 One important thing to note is the breadth of available information this map covers. Not only does it identify where witches were tried and put to death but it also goes into great detail about a myriad of other things. Accused witches’ residences, detention locations, and the residences of the people associated with the witch trials themselves can be looked at by simply clicking the option on the aforementioned toolbar above the map. 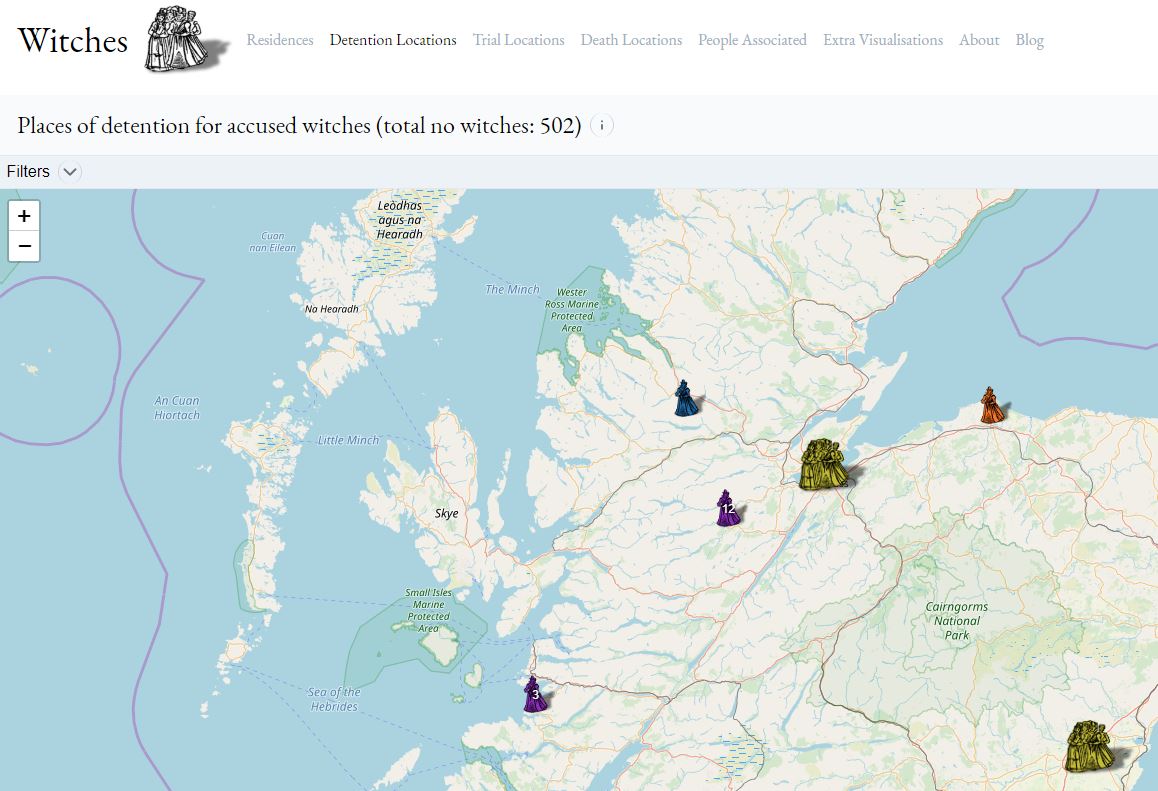 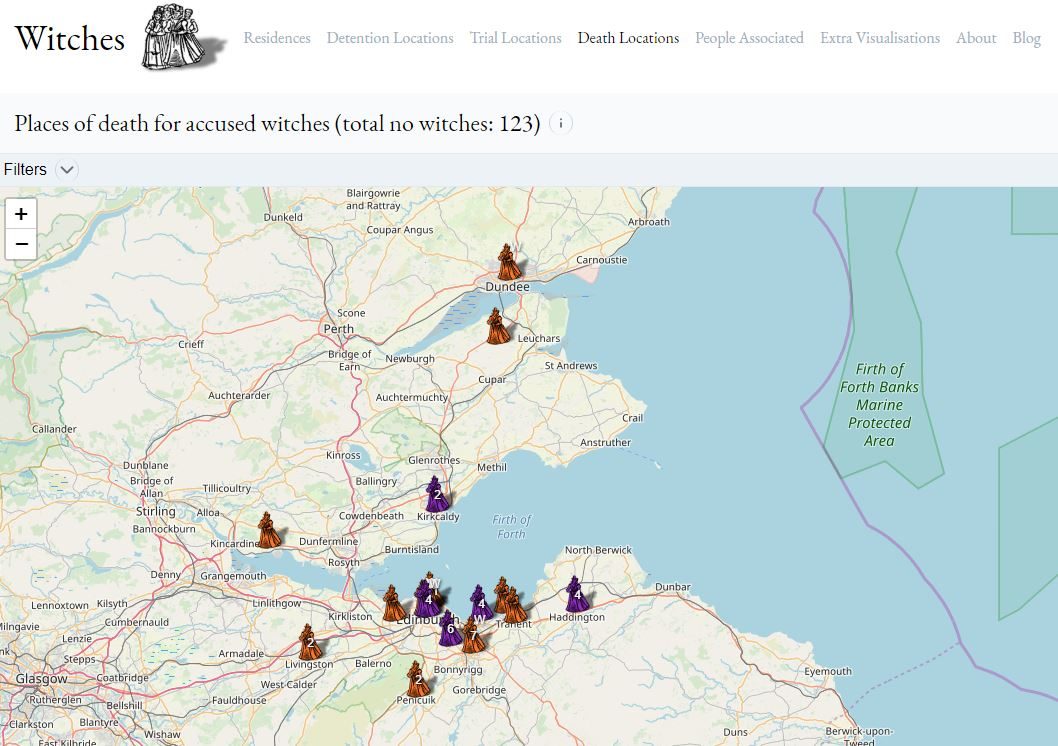 The map also divulges into specific information about the accused witches. 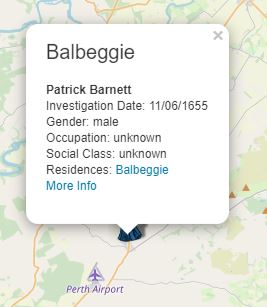 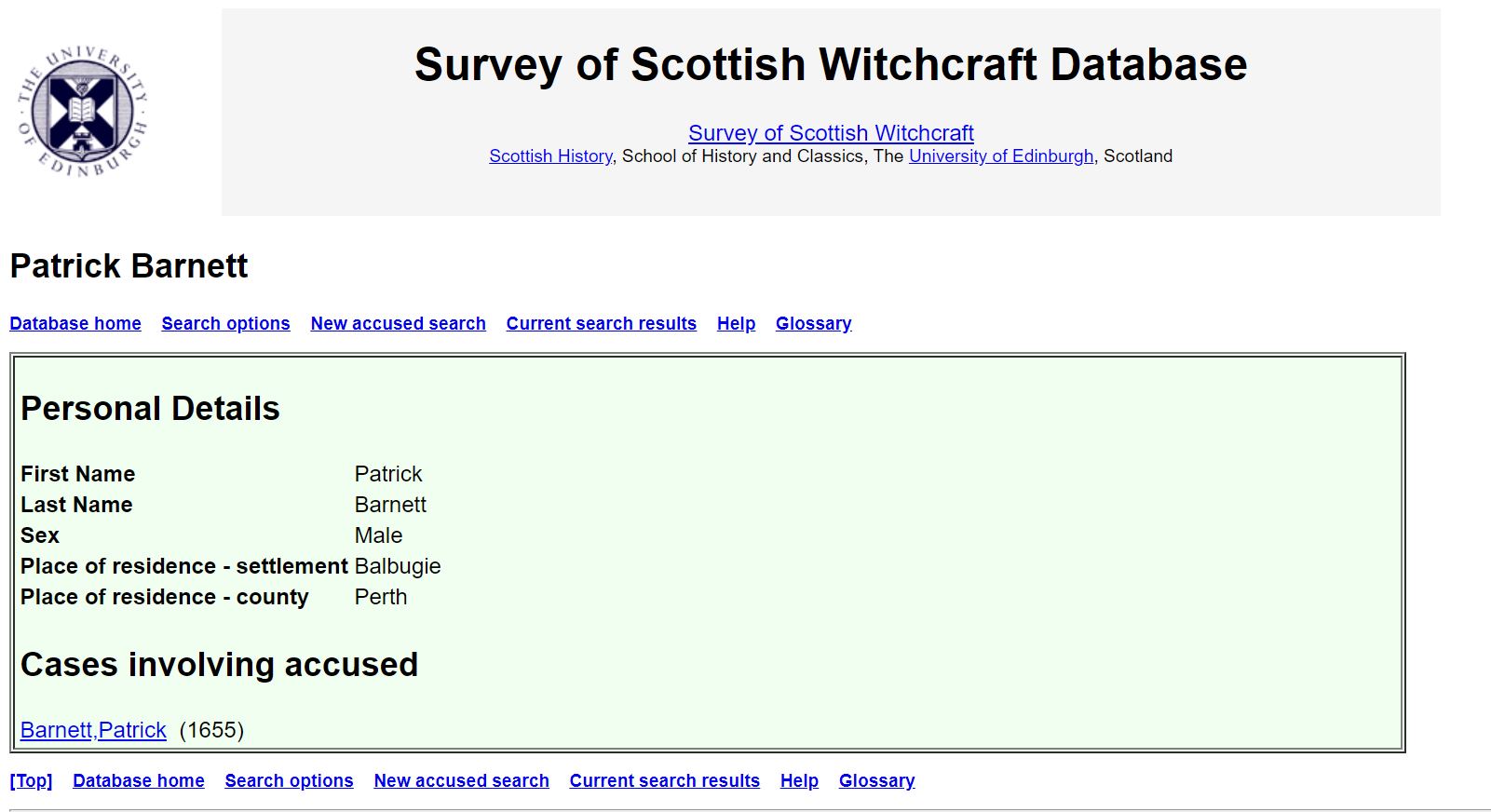 These snippets include more information about accused witch Patrick Barnett.

It tells us things like their gender, social class, occupation, and even the investigation date of their trial. A “More Info” option appears for each person as well. When clicked, a new window opens into the “Survey of Scottish Witchcraft Database.” Here, users will find even more information about those accused, including the cases in which they were involved, commissioners for the case, and case notes.

Overall, this interactive map covers an extensive amount of information concerning Scotland witch trials. The map’s easy to use toolbar makes it navigable for any user wishing to learn more about this dark period of history.