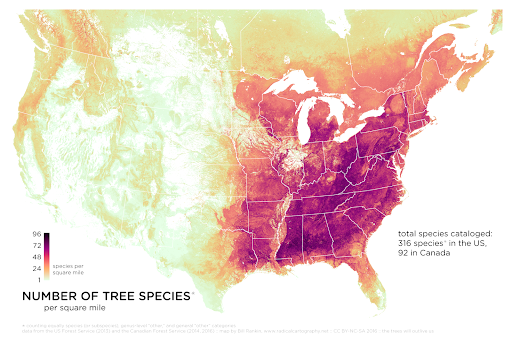 In breathtaking detail, a map by William Rankin depicts the number of tree species throughout North America. From first glance, there is a prominent difference between the east and the west. For instance, on the western side of the map, most areas show relatively low numbers of tree species, meaning the area is likely dominated by only a handful of tree species. In contrast, the eastern United States (especially in some southern states) has very high numbers of species, indicating a greater variety in tree biodiversity.

Notably, the “number of tree species” should not be confused with the presence of trees in an area—it is completely possible for areas to have thick tree coverage but few tree species; on the other hand, areas can be sparse with tree coverage but have a diverse array of species (although this seems a little less likely). To explore this idea more indepthly, William Rankin provides another map showing total tree presence in the same area: 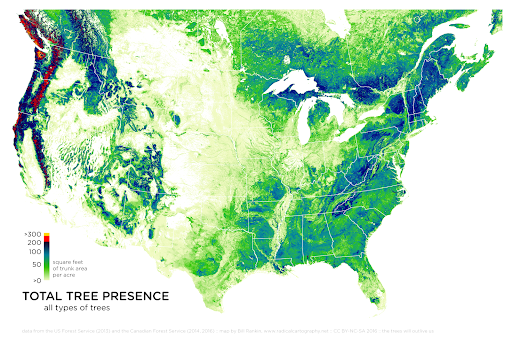 When comparing the two maps above, we see that the distribution of the two variables is quite different—and in fact, some areas that have a low number of tree species are quite forested! For instance, the Olympic Peninsula in Washington state has the highest rates of tree presence, which is different from the eastern United States, which boasts the highest number of tree species. For a better look, here is the Olympic Peninsula in finer detail: 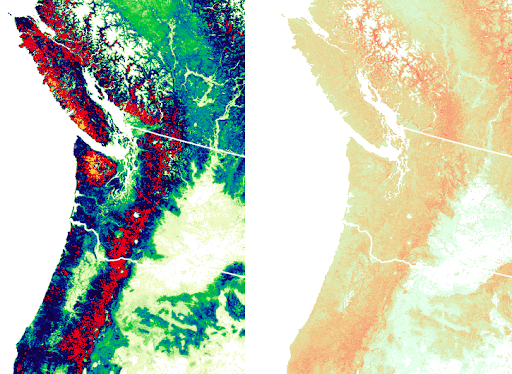 In the maps above, we can see how the Olympic Peninsula and the Cascade Mountains have some of the most dense forests in the continental United States. (Fun Fact: the small white dots depicting areas of no coverage within the densely forested regions are mountains!)

To reveal some of the beautiful details that are present in William Rankin’s maps, here are some larger screenshots of the first map: 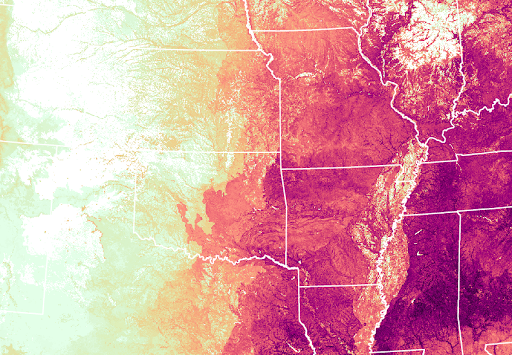 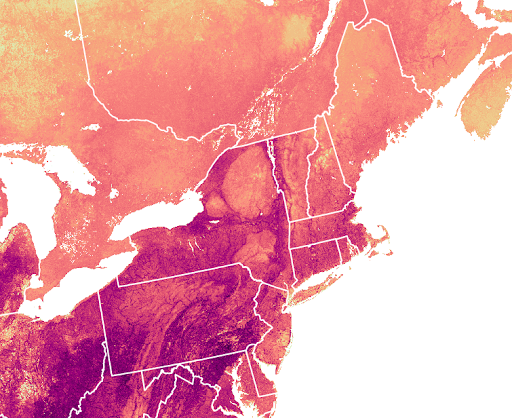