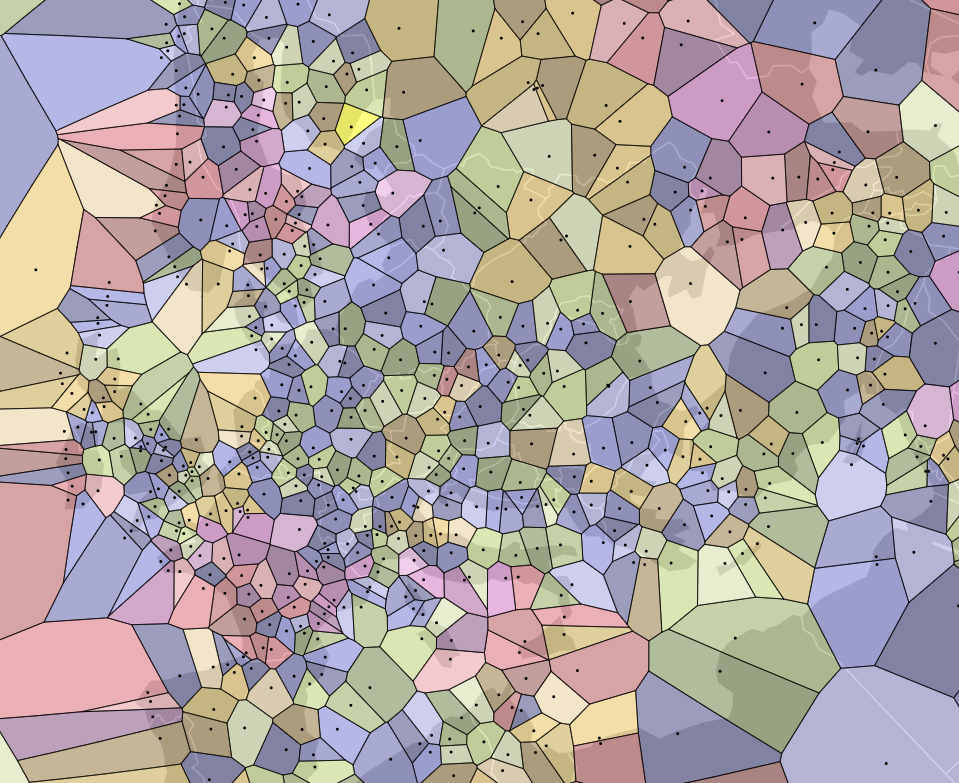 This map from John Davies shows a three-dimensional voronoi diagram of the world’s airports. According to the Airports Council International (ACI), there are currently 17,678 commercial airports in the world, but this dataset only includes those 2,980 which are classified as medium or large. It’s interesting to see how the size of the polygons in the developing world compare to those in the developed world. The size of the polygons in a region is a direct result of the number of airports – larger polygons indicating fewer airports as there are more points within each polygon. The largest polygons are in the ocean, though luckily the enormous Pacific is broken up by the many airports located on the islands of Oceania. 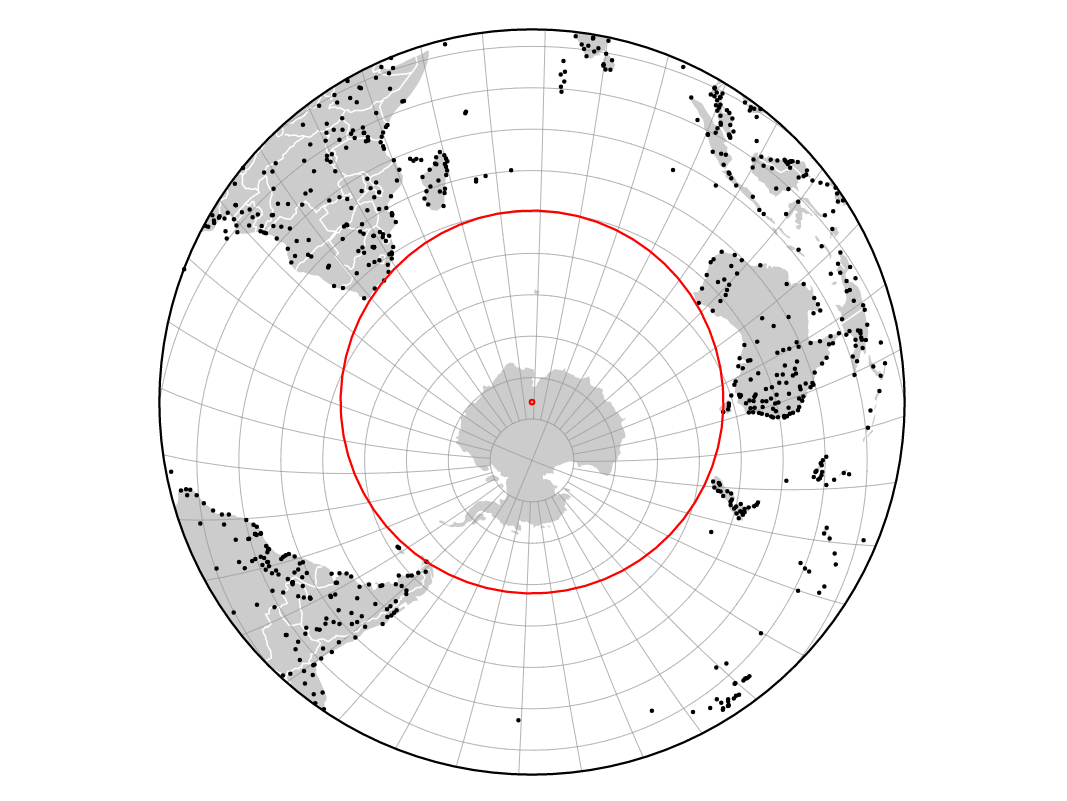 Creating this diagram gives us a great deal of important information. For one thing, we might be able to identify areas of a country or region that need an airport. By overlaying this diagram with a population map, for example, we would be able to see airports that are overcrowded or stretched too thin in voronoi polygons that overlap areas of high population. The same could be done for any location, such as hospitals, military bases, and children’s shelters. One interesting piece of information that this diagram gives us is the most remote point on earth by airport. This point is located at 76°S, 68°E and is in Antarctica, 5,147km from the nearest three airports. There are several airports in Antarctica, but all of them are too small to be a part of this dataset. Voronoi diagrams serve many purposes for science and technology, and are an excellent tool for geographers in identifying the way places and locations interact.