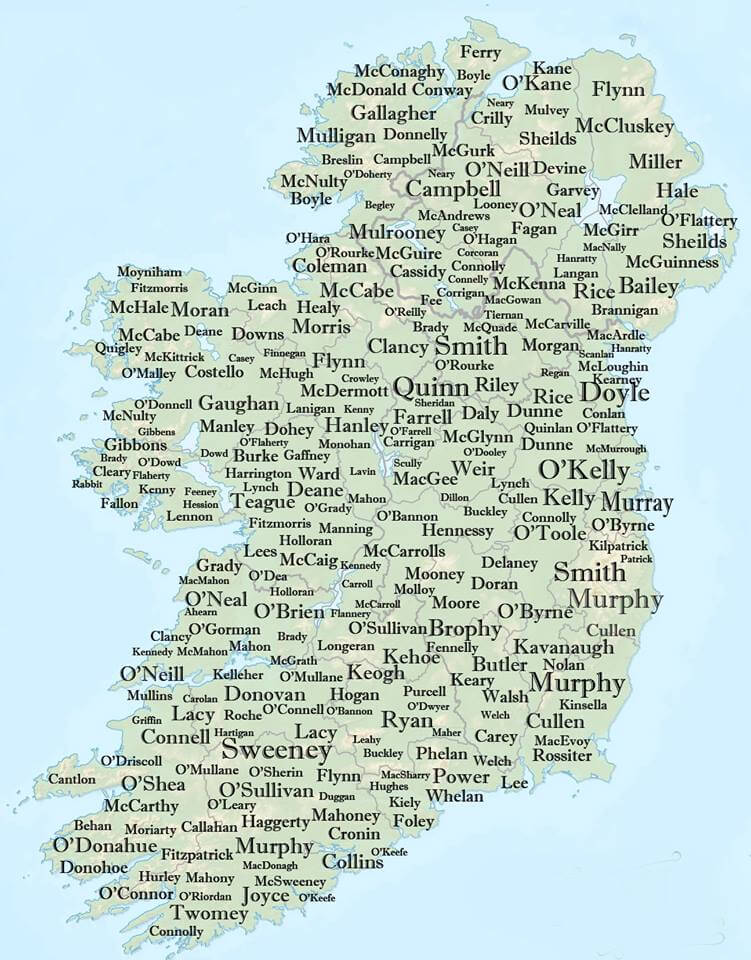 In celebration of St. Patrick’s Day on March 17th, this week’s map is interactive and explores Irish surnames and their geographic distribution; it was created by Kent Field using Irish Census data from 1890. In the United States, a family name is typically a part of a someone’s full name.  According to law or custom family names are passed or given to children from one or both of their parents’ family names. The use of family names is common in most cultures around the world, with each culture having its own set of rules for how these names are formed, passed and used.

Whether it is the most common name or a slightly more obscure name, Irish surnames can tell a lot about a person’s lineage or family. Patronymic surnames are based on someone’s father’s names and are passed on from generations to generations. “Ó” means descendant, also interpreted as “grandson of” whereas “Mac” means “son of.” The most common surnames are Murphy, Kelly, Ó’Sullivan, Walsh, and Smith. The earliest known Irish surname, O Cleirigh is an example of an occupational surname and is given to someone descended from a clerk. Descriptive names, on the other hand, were names that described the first person to take them; therefore a person with the surname Cassidy most likely has curly-hair. Geographical, or toponymic, surnames are derived from the location of where the original name bearer once lived; these are rarer. 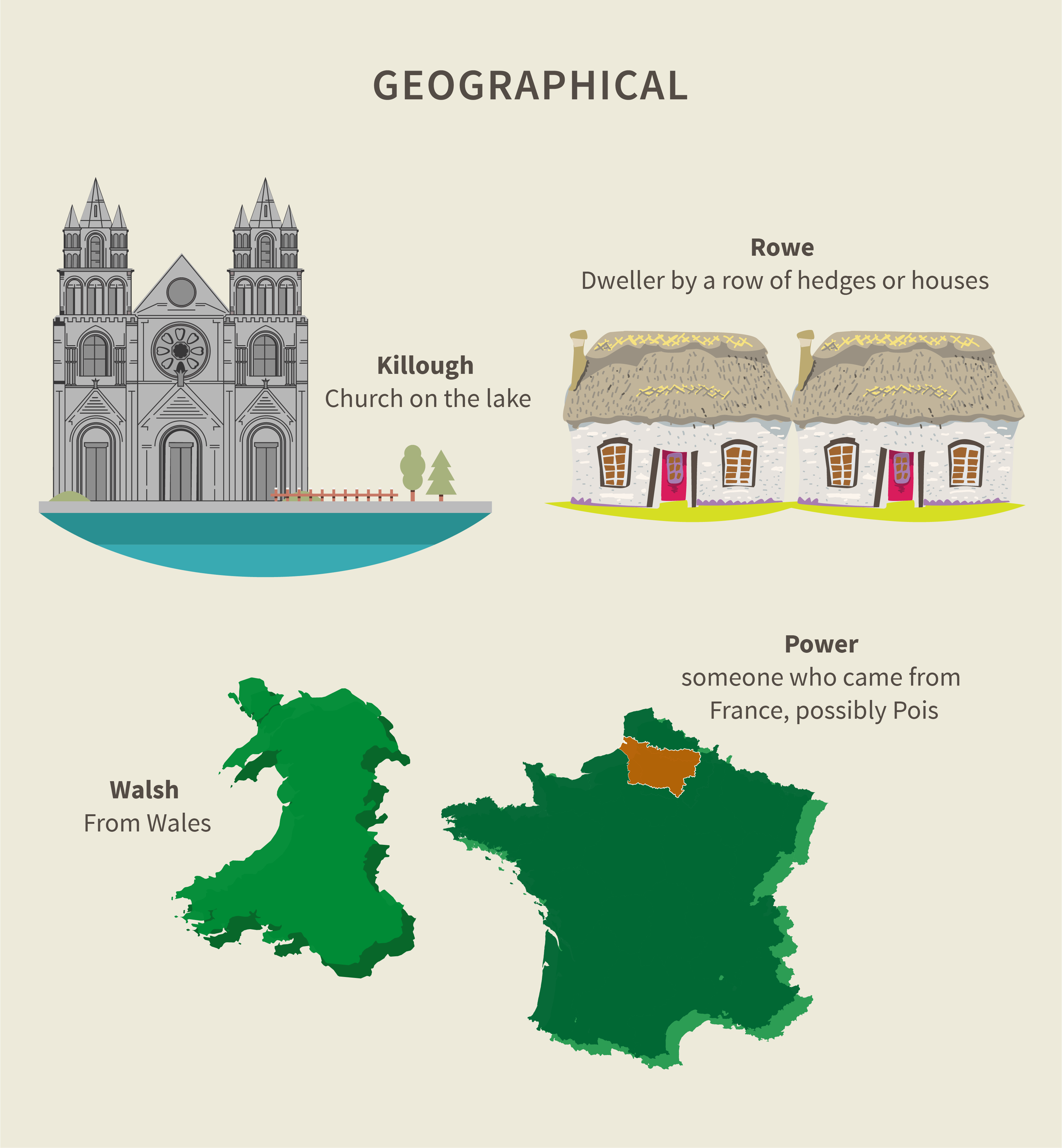 St. Patrick’s Day celebrates Saint Patrick, who ministered Christianity in Ireland during the fifth century, and the heritage and culture of the Irish. Today’s celebrations have been greatly influenced by those that developed among the Irish diaspora, especially in North America. Celebrations generally involve public parades and festivals, Irish traditional music sessions or ceilidhs, attending church services, and wearing shamrocks or green clothing. Drinking alcohol has become an integral part of the celebrations most likely due to the fact that Lenten restrictions are lifted for the day. The surname “Patrick” is derived from the Latin word “patricius”, which indicates “member of the patrician, or ruling, class.” 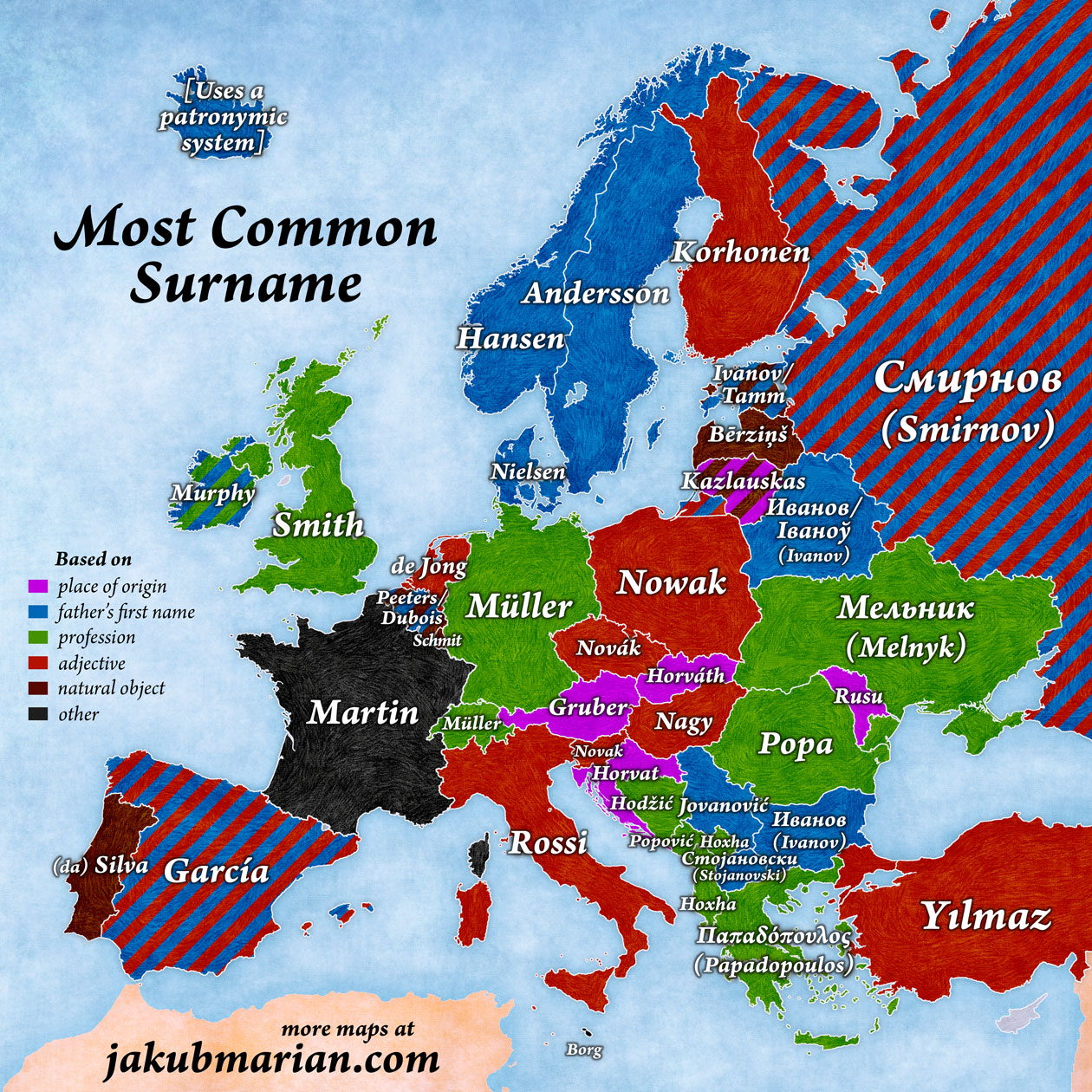 Cartographer Jakub Marian, created a map of the most common surname in for the European countries. Click on the map to learn more about the meaning of other popular European surnames.