According to a 2017 estimate, Americans eat 45 million turkeys each Thanksgiving, with the average bird weighing in at 16 pounds. But where do these birds, and the variety of fruits and vegetables that accompany them on the table, come from?

“Where does your Thanksgiving dinner come from?” is an ESRI Story Map that explores the agricultural production of turkeys, cranberries, sweet potatoes, and other holiday favorites through a series of interactive web maps. The maps draw primarily on data collected via the Census of Agriculture, a survey of farms and agricultural production conducted every five years by the US Department of Agriculture. Users can query and download data via the National Agricultural Statistics Service, the USDA’s open data portal. This data was used to map the production of various commodities at the county level. 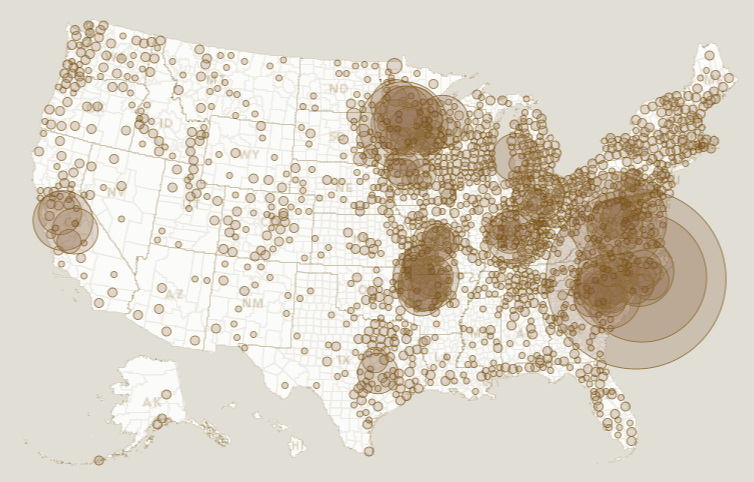 Starting with the main attraction, turkeys are produced across the country, with most birds sold in Minnesota, North Carolina, Arkansas, and Indiana respectively. Samspon County in Eastern North Carolina produced 15.7 million turkeys alone. 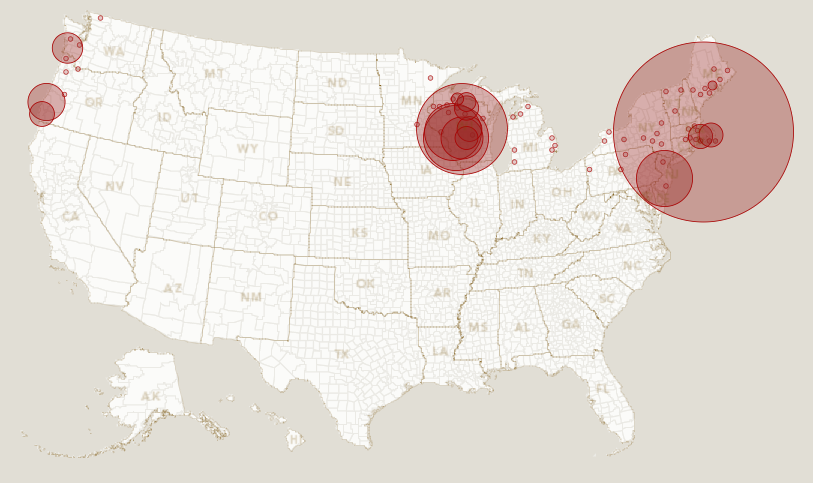 Cranberries, by contrast, are grown regionally, with Wisconsin producing the most of any state. The berries grow in wet bogs primarily located in cool climates, as are found in coastal states like New Jersey and Oregon. While cranberry sauce may not have been on the menu of the feast shared by Pilgrims and Wampanoag at the Plymouth Colony in 1621, Plymouth County, Massachusetts does lead the country in cranberry production today 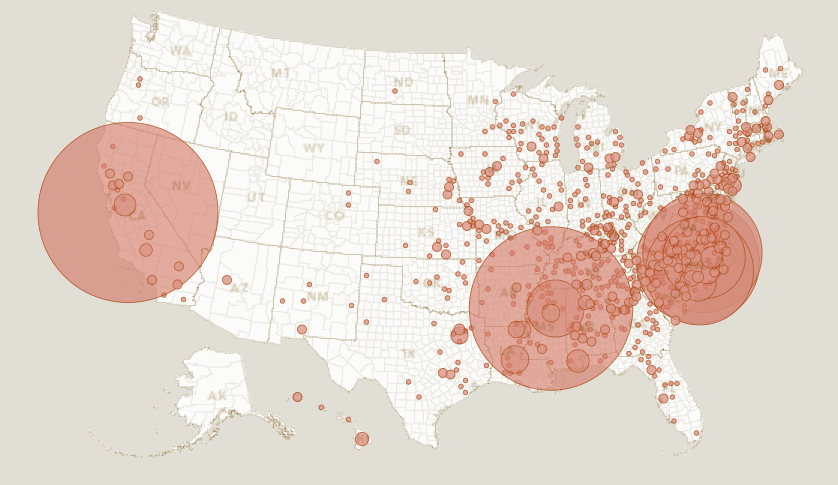 Sweet potatoes are similarly regional, with North Carolina producing more than half of the country’s total harvest. While it is common throughout the country for sweet potatoes to be candied or cooked in a casserole, a traditional Southern dessert sees the tuber baked in a pie crust in place of pumpkin. 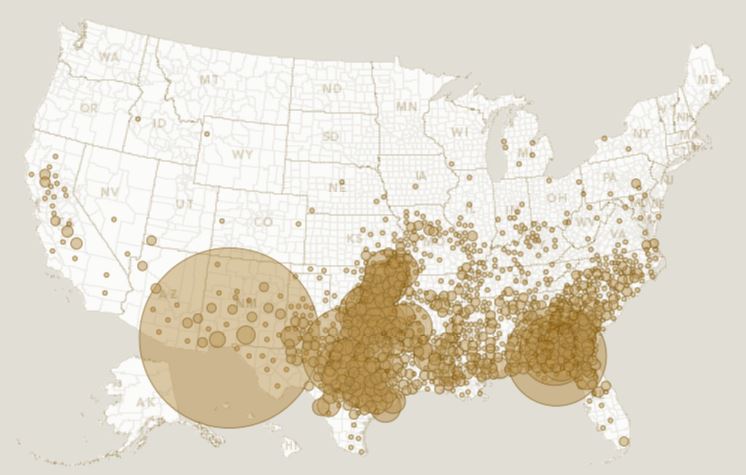 The pecan, another popular pie filling, is also grown primarily in the South. Although Alabama calls the pecan its official state nut, Georgia leads the country, producing approximately one third of all pecans sold in the United States. Growers and local authorities in southern Georgia have cracked down on nut thievery in recent years; under state law, picking up fallen pecans during the harvest season (which lasts from October through the end of the year) can get you charged with theft by taking, even if the nuts have fallen onto public property. 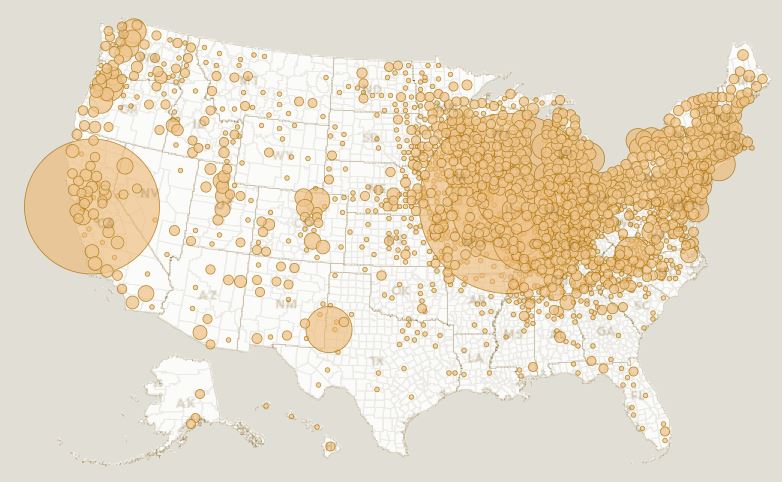 If you prefer a more classic Thanksgiving dessert, the pumpkins filling your pie crust probably originated in Illinois. Twice as many acres of pumpkins are grown in Illinois as in any other state, with the vast majority going toward products like pie filling. While the Howden pumpkin, which was first cultivated in Connecticut, has been bred for carving, the smaller, sweeter sugar pie or jack-be-little varieties are more often used in baking.

Turkeys, cranberries, sweet potatoes, pecans, and pumpkins were first hunted and cultivated by indigenous people throughout the continent before being adopted by American society for a variety of cultural and geographic reasons. For instance, eating turkey on Thanksgiving was adopted from the British custom of serving large fowl at holidays. The wild North American bird became America’s meat of choice to celebrate the holiday after Lincoln’s national proclamation of Thanksgiving in 1863. Sweet potatoes, meanwhile, developed as an important part of the African-American diet, replacing the role that yams, which were not found in North America, had played in West African societies.

While it is likely that none of the dishes mentioned above were eaten at the “first” Thanksgiving dinner in 1621, the cultivation of these crops and birds developed in parallel with our country’s history. Regardless of what you eat on Thanksgiving this year, be sure to consider the role that geography played in delivering your meal from farm to table.