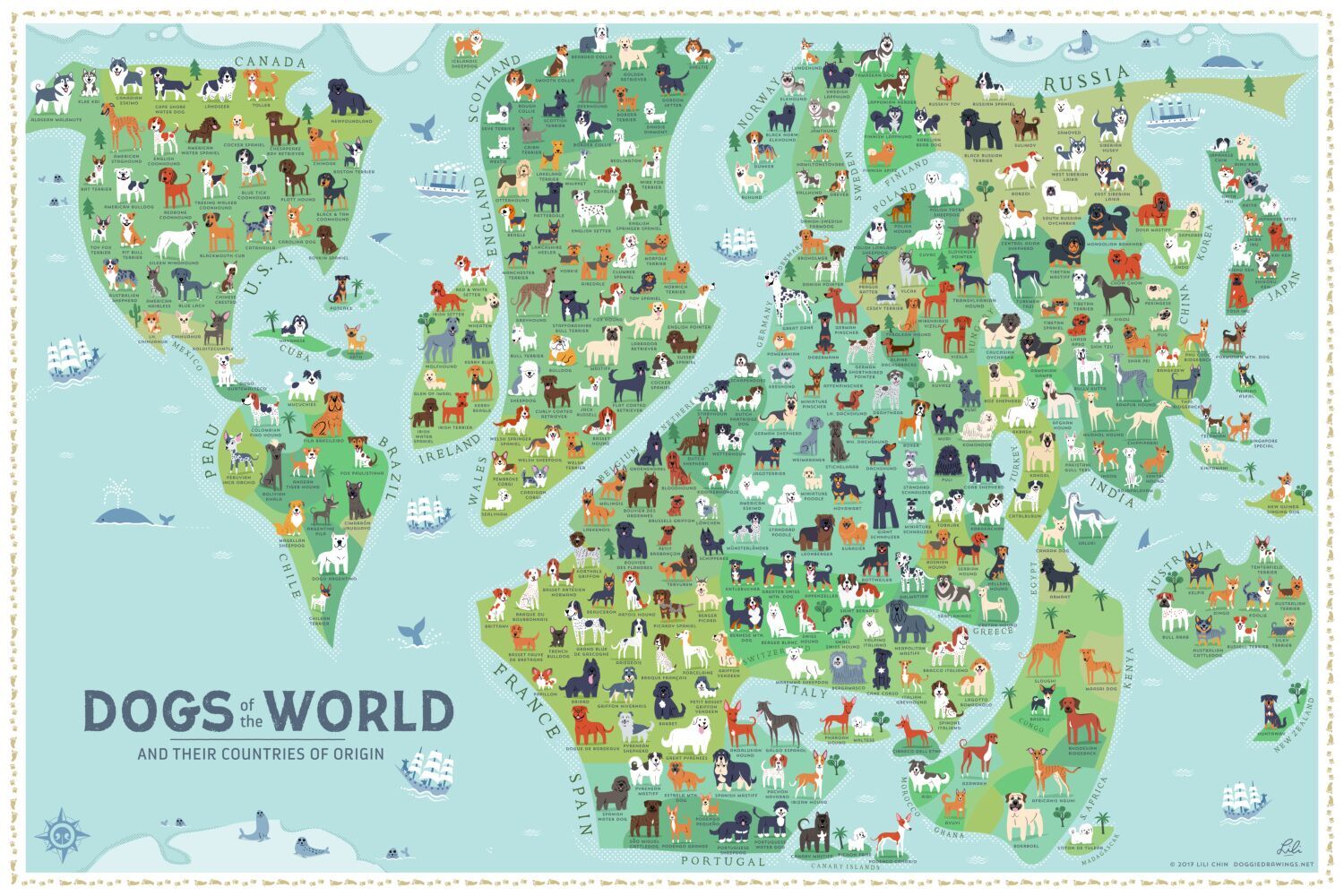 2018 is the year of the dog and this week’s map, created by Lili Chin, shows dogs of the world and their countries of origin. According to the cartographer, she wanted to “create something artistic, less formal, and more cheerful.” She included non-pedigree dogs, lesser-known breeds, mixed breeds, and pariahs/landraces, while sticking with the original theme of geographical origins. France, Germany, and the UK are expanded because they developed the largest number of known dog breeds, compared to China, with a smaller of standardized breeds. Dog breeds from China include Pekingese, Chow Chow, Shar-Pei, Chinese Crested, and Pug.

Chinese New Year begins on Friday, February 16, 2018. It is a movable celebration, dictated by the lunar cycle, which can fall anytime between January 21 and February 20. It is observed as a public holiday in a number of countries and territories where there is a sizable Chinese population. The Chinese animal zodiac is arranged in a repeating cycle of 12 years.The choice of animals is significant, the ox, horse, goat, rooster, pig, and dog are six of the main domestic animals raised in China; whereas the rat, tiger, rabbit, dragon, snake, and monkey are all beloved animals in China. 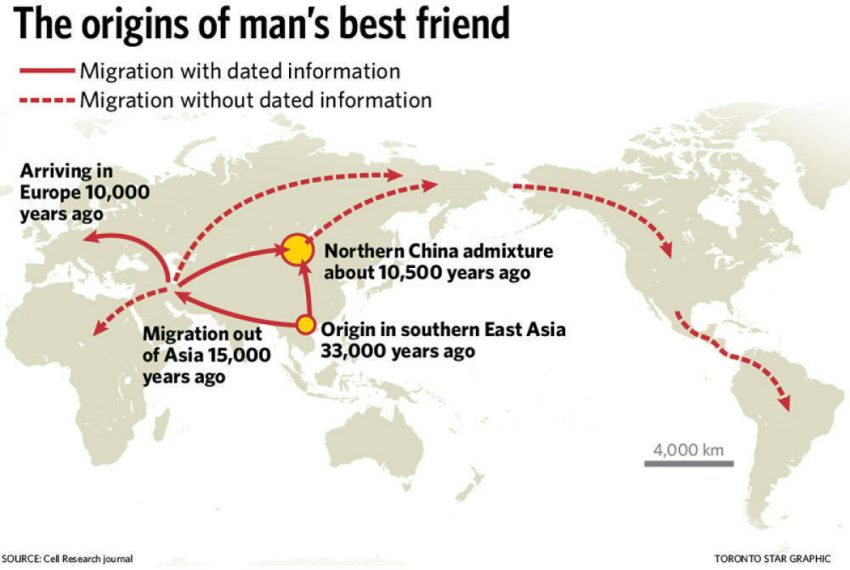 Dogs are still considered food in modern China; however, with the rise of China’s modern middle class, and the shift in attitudes about animal intelligence and animal welfare, China has seen a sharp rise in companionship between dogs and humans. The map above, from the Cell Research Journal, shows a proposed migratory history for domestic dogs across the world. The exact location of where dogs were first domesticated by humans is unknown, but DNA analysis shows that the first dogs lived 33,000 years ago in southern East Asia and migrated to Northern China about 10,500 years ago. As one group of dogs moved towards the east, they mixed with existing populations in northern China, which are the ancestors to modern Arctic breeds, such as the Samoyed, the Siberian husky, and the Alaskan malamute. 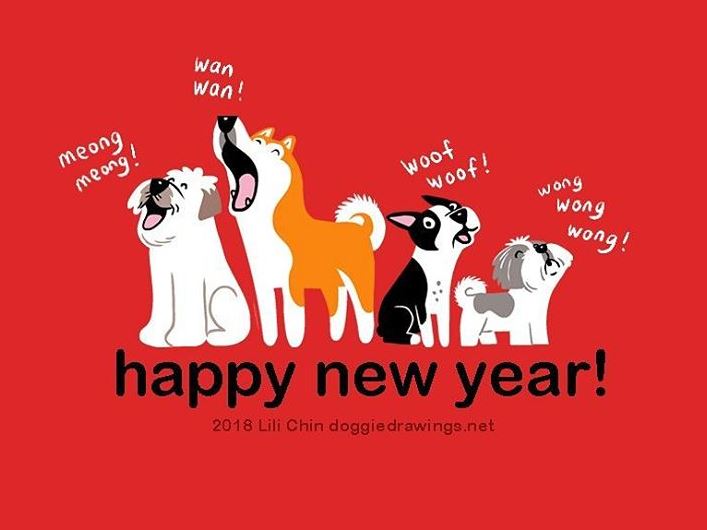