This series of maps was created to identify the locations of Brownfields in the five boroughs of New York City. A Brownfield site is classified as land that was previously developed and is not currently in use, whether contaminated or not. The term is also used to describe land previously used for industrial or commercial purposes with known or suspected pollution including soil contamination due to hazardous waste. This project aimed to find which Brownfield sites should be remediated based on the following factors: (1) Proximity to schools (2) Proximity to public parks (3) Income demographics. This analysis shows lower-income communities have a higher concentration of Brownfields. These sites can be an environmental hazard to the community, land, and air quality. There is a special concern for brownfields that reside near public parks and schools, due to the traffic of children near those areas. The following maps will conclude where the EPA should focus its remediation efforts. 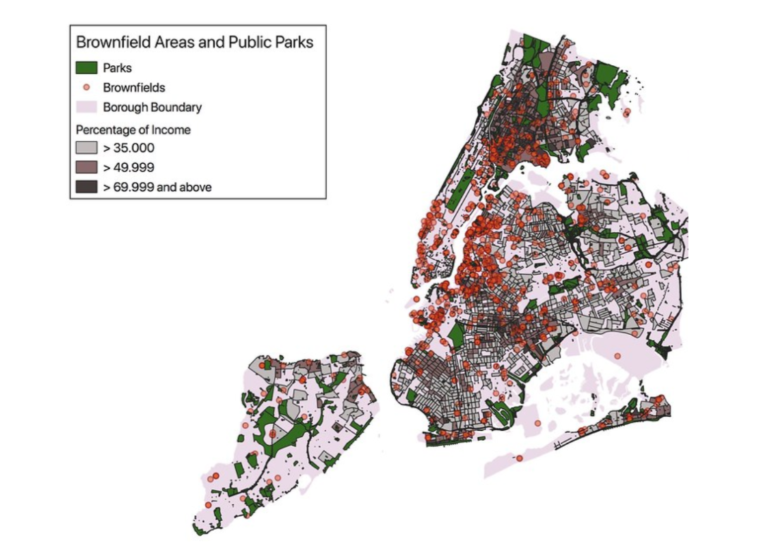 Map 1 depicts income demographics, which are shown in the light grey, brown and black areas. The Brownfields are depicted by the red dots, and parks are the areas in green. This first map was used as a guide to better understand the relationship between these brownfield sites and income. 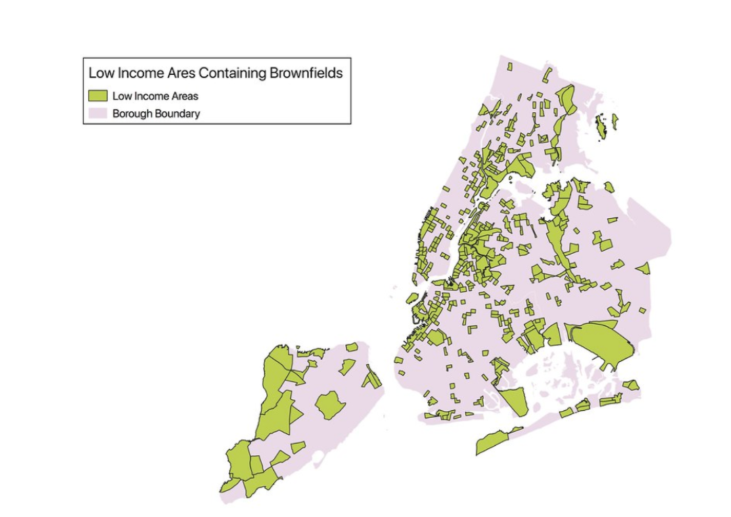 Map 2 depicts the lower-income areas depicted by green areas. Once the criteria for low income were determined I used only those areas to consider for Brownfield remediation. 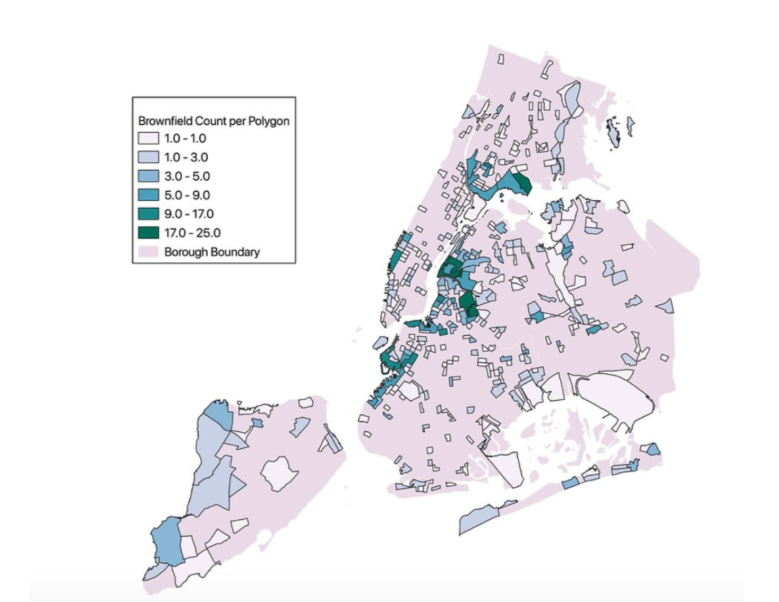 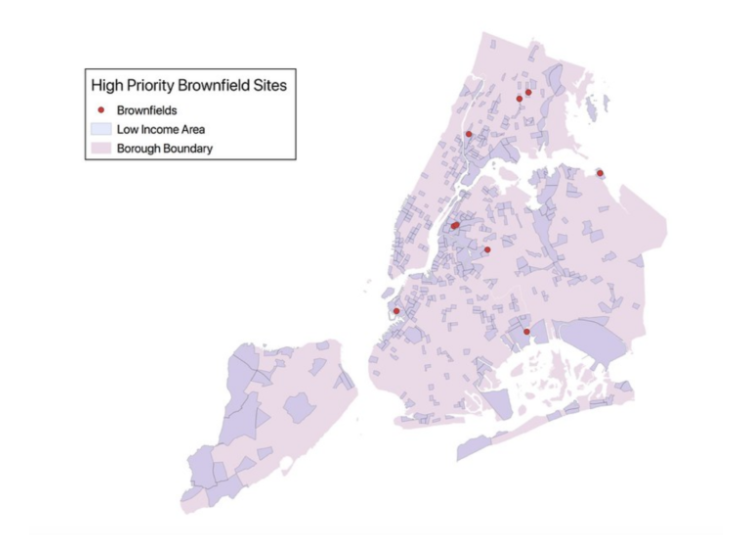 Finally, I can answer my research question. What areas are a high priority? The brownfields are represented by the red dots, and the purple area represents a low-income area. You will see that I narrowed down brownfield areas based off of how close each location was to a public park/school, and if the brownfield is in a low-income area. These are the locations we should focus on for remediation. Due to the hazardous nature of a Brownfield, it shouldn’t exist near schools, public parks, or basketball courts, etc. These would be the areas I would suggest the NYC EPA should focus their efforts on first.