Though New York City has come a long way since its heyday of crime in the 1980’s and 1990’s, crime has not entirely halted.  However, through a myriad of mayor, police and citizen cooperation, crime has steadily decreased throughout New York City making it a safer city for everyone to live, visit, and enjoy.  There are places in the city today that anyone under the age of 25 wouldn’t even imagine were riddled with crime, such as Times Square or Bryant Park.  Today, thanks to the help of crime reduction initiatives these and other locations have become safe hangout spots for all ages.

The majority of police precincts of New York City have reported a drop in crime rates since 2016.  In fact, 63 of 77 police departments saw a drop.   At the 102nd Precinct, whose jurisdiction includes Kew Gardens, Richmond Hill, and Woodhaven in Queens County, crime dropped by 25% since last year.  The 41st Precinct, located in Hunts Point, Bronx, reported a 22.5% drop in crime.    Unfortunately, though crime may decrease in one area it also may increase in another area.  The highest reported increase in crime took place at the 47th precinct, located in Woodlawn, Bronx, with a 16.34% increase in reported crimes.  Despite a select few precincts that reported an increase in crime, the majority of crime has declined and continues to decline. 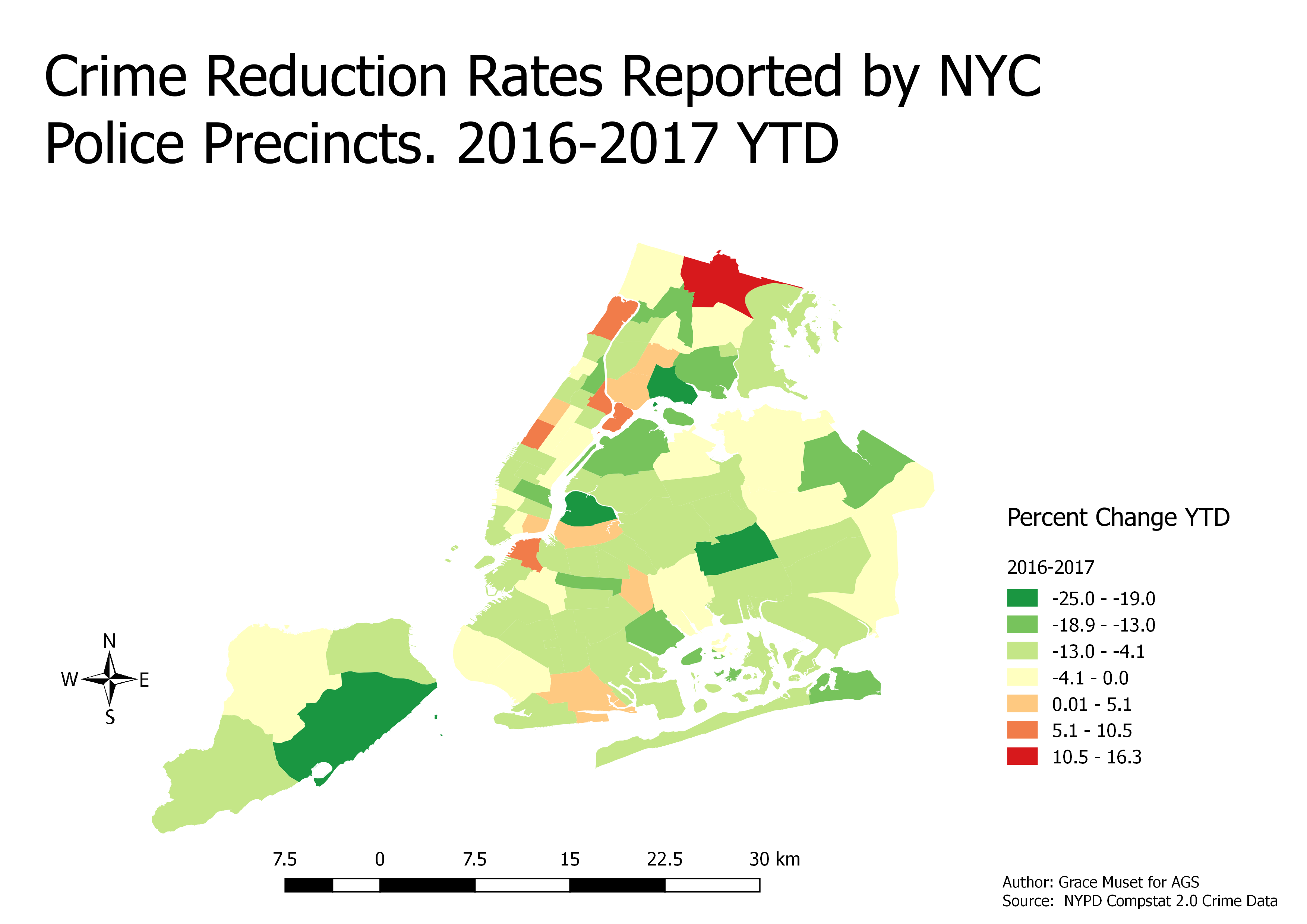