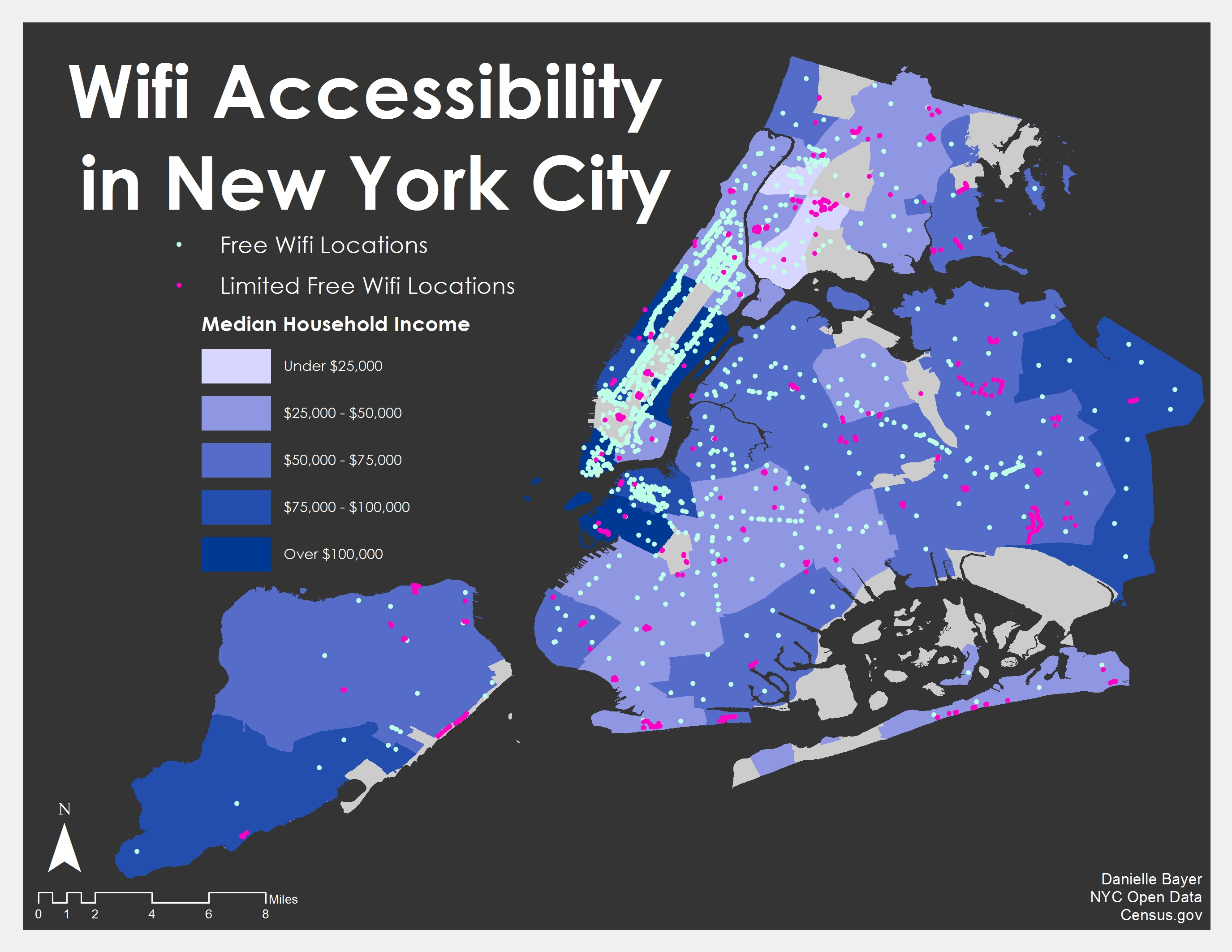 Cities across the globe, including Taiwan, Paris, Tel Aviv and Perth, have developed and implemented free Wifi networks designed to make the urban environment more enjoyable for both tourists and residents. In 2016, New York City converted a number of old payphones into kiosks which serve as Internet terminals in a project known as LinkNYC. The kiosks, known as Links, are connected to gigabit fiber optics and only require an email address to sign up to receive internet access. Links are available throughout the five boroughs. They offer free fast public Wifi, phone calls, device charging and a tablet for access to city services, maps and directions. They are a good alternative for people who cannot afford internet access or a smart phone.

This week’s Map of the Week, examines public Wifi accessibility in New York City using a dataset titled “NYC Wifi Hot-Spot Locations”  from NYC Open Data. It gives the locations of Wifi hot spot locations along with the provider and whether the hotspot is completely free or limited free (you can access the wifi for a couple of minutes only). Based on these findings, there are more clusters of free internet locations in Manhattan and clusters of limited free Wifi in the outer boroughs, particularly in Brooklyn and Queens. In Manhattan, the main providers of internet are LinkNYC, TimeWarner, and CableVision. In the outer boroughs, many of the Wifi hotspots are provided by the public library systems.

Internet is becoming increasingly necessary in our daily lives from getting directions, to applying to jobs to filing taxes and paying bills. It is of utmost importance that accessibility to Wifi services gets easier. For now, 7,500 Link kiosks will be installed over the next eight years. It will be some time before Wifi will blanket the entire city.