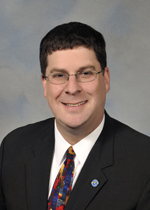 Keith Masback is the Chief Executive Officer of the United States Geospatial Intelligence Foundation (USGIF), a non-profit educational foundation that aims to advance the education, training, and tradecraft of geospatial intelligence. He points out that the three “legs of a stool” that make up geospatial intelligence (aka GEOINT) are remote sensing from all sources, including from drones and space; geospatial data and information of all types; and data management, analytics, and visualization.  Masback earned his Bachelor of Arts in Political Science from Gettysburg College. He then went on to complete the Post-Graduate Intelligence Program at the National Intelligence University, as well as the executive education at the Kellogg School, Northwestern University and at the Elliott School, George Washington University.

Masback’s passion for geography stems from both his study of history and political science, and his time in the U.S. Army. He spent thirteen years on active duty, initially as an Infantry Officer and then as a Military Intelligence Officer before switching over to become a Government Senior Executive for about nine years.  He credits his time in the Infantry with imbuing him with a very ‘up close and personal’ need to understand terrain and its tactical significance, and his time in Military Intelligence with developing a deeper appreciation of the importance of human geography – history, culture, religion, language, etc.

Eight years ago, USGIF and their members provided the primary funding for a public broadcasting web video project called “The Geospatial Revolution.” Masback now posits that there is a Geospatial Intelligence Revolution underway, with USGIF on the front lines. In Masback’s article, The GEOINT Revolution, he articulates the massive disruption taking place across multiple technology areas, and how the synergy of those parallel paradigm shifts are changing the fundamental nature of how humans see, understand, and interact with the world around them.

Masback became involved with the American Geographical Society (AGS) through Chairman Christopher Tucker. Masback says that he shares the AGS vision of being an unfiltered voice for all geographers and explorers.  He is committed to building on the uniquely rich heritage of the organization, while helping to propel it into the future: “It’s absolutely a privilege to be able to contribute in some small way to this remarkable organization.”

When asked what geography means to him, Masback responded, “simply understanding a place and all attributes associated with it.” All aspects of geography – physical, cultural, political, human, etc. – are most impactful when considered in an integrated approach. He offers the metaphor of the proverbial elephant, where blindfolded individuals are walking around, each touching a different part of the elephant, but trying to describe it as a whole: “Geography is at its most powerful when it’s considered in all its forms.” When the blindfolded people unmask themselves to view the elephant holistically, they can fully understand it in the most valuable perspective – the skinny tail, thick legs, long trunk, and smooth tusk combine to make up one large, grey elephant.

Masback believes that geography is incorporated into our daily lives even though it may go unnoticed. In order to understand people, one needs to know where they are from, in terms of place, religion, history, culture, and language. Unfortunately, geography in education is often misrepresented and seen simply as political geography. He recounted his son’s 9th grade social studies class and how “geography” was reduced to a series of tests to identify countries on a blank map containing political boundaries. “When people think that’s geography, it’s no wonder that they won’t think it’s very interesting.”  He suggests that evolving technologies offer the opportunity to enjoy a more immersive experience with geography.  He appreciated the opportunity to participate in a 2012 National Geographic video aimed at exciting students about opportunities in the field of geography:

During his free time, Masback loves to study history, specifically the Civil War. For many years, he has been a certified soccer referee, an important skill for the father of five children between the ages of 14 and 23.

The three words that Masback chose to describe himself are: curious, empathetic, and hopeful. He has a mantra with his staff and those he mentors – “If you’re not learning, you’re atrophying, you’re fading away.” He urges everyone to be a lifelong learner, with a sustained sense of curiosity. Empathy allows him to understand others well, and to anticipate their needs, whether in a professional or personal setting. Finally, he believes that hope is at the core of what has sustained the human race for thousands of years, especially in trying times that tend to create pessimism and despair.