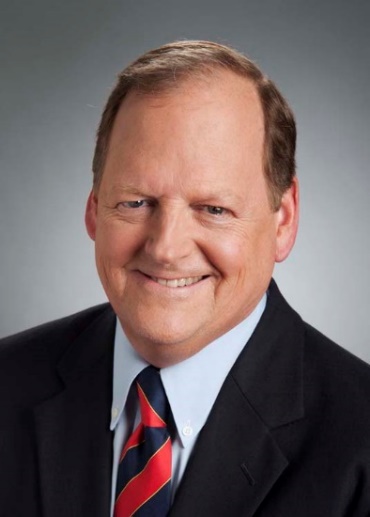 Previously, Wise spent 27 years in consulting as President and managing partner at Norbridge, Inc., Vice President for Mercer Management Consulting (now Oliver Wyman) and has held management positions at Temple Barker & Sloane, Inc., Conrail and Southern Pacific Transportation Company. Wise has a Master’s degree from the Graduate School of Design at Harvard University and a Bachelor’s degree in Geography from Colgate University.

Wise credits his appreciation for spatial thinking to his childhood experiences where he collected maps, traveled with his family to different countries, and hosted African exchange students. Although he was fascinated with spatial understanding, Wise was not necessarily interested in Geography. At Colgate, Wise did not foresee himself majoring in Geography. Now, he shares anecdotes about how his geography professors at Colgate inspired him, initially with insights on cultural geography and then with a more quantitative bent towards economic geography. Wise also found early remuneration from freelance cartography, redesigning Colgate’s campus map and creating maps for several professors’ publications.

Post-undergrad, Dean enrolled in the Harvard School of Design’s City and Regional Planning program, and discovered a keen interest in transportation planning, also inspired by two strong professors. That led to interest the then-troubled rail industry, landing him in San Francisco and then Philadelphia assuming roles in service design and industrial marketing. Followed by 27 years in consulting for all modes of transportation, it was a rewarding career choice:

“For example, a third of the railroads were bankrupt in the 1970s, overall generating only a 2% return on invested capital. Today, the US freight rail system generates strong returns, enabling major investments in critical supply chain infrastructure. Spurred by landmark deregulation in 1980, the US rails are now in the best shape ever, and much better than our troubled highway and waterways systems,” says Wise.

At BNSF, Wise participates on several boards, including the University of Denver’s Transportation Institute (DTI); Westac, western Canada’s logistics forum; NASCO, a north-south organization with members from US, Canada and Mexico; the US Department of Commerce’s Advisory Committee on Supply Competitiveness, the Texas Ballet Theatre serving Dallas/Fort Worth. He also serves on the executive committee of the Transportation Research Board (TRB) and TRB’s Task Force on Transformational Technologies.

Wise joined the American Geographical Society (AGS) in late 2015. A key factor that drew him to the organization is its mission to promote and increase geographical literacy, particularly among K-12 students. Wise believes that AGS has the huge potential to leverage its very talented group of Councilors, representing a unique mix of academia, government and industry; social media to engage a wide audience of people in geospatial products and skills; and the special excitement that goes with the territory of avid geographers. One can anticipate how our rapidly growing group of individuals will utilize their geographical understanding to catalyze meaningful contributions to their communities.

Wise is committed to helping AGS achieve success in any way possible. Building upon the success of the 2016 AGS symposium Geography 2050: Envisioning A Sustainable Planet, Wise will be leading the 2017 AGS symposium entitled The Future of Mobility that will be hosted on November 16 &amp; 17, 2017 at Columbia University, NYC. Some of the topics that are considered for the symposium include mobility of people, the usage of autonomous vehicles and what that means for para transit and overall transit networks.