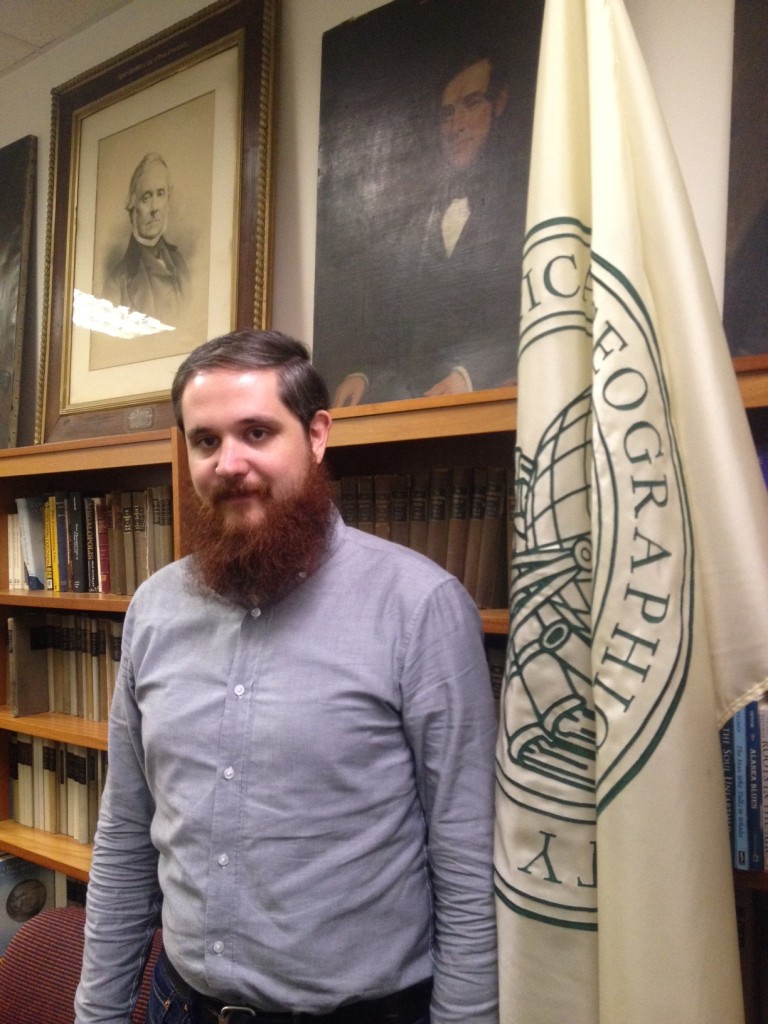 My name is Jesse Miller, and I am an Environmental Science major at LaGuardia Community College. I grew up in a coastal town in Northern California called Santa Cruz, and during high school I divided my time between my two passions: science and music.  For the eight years that followed, it was the latter that I pursued. I recorded and released albums with several different musical groups, and toured the country in support of them. When at home, I performed with the symphony and wrote classical composition.

One night out on tour, I realized that my musical life had grown too large, and ultimately displaced my interest in the sciences. In 2011, I moved to New York City. My musical career had a good run, but is now no more than a hobby. I was ready for my career in science to begin.

I chose to focus on the GIS side of environmental science because as a child I was obsessed with maps. I would pour over atlases for hours in my room, tracing the rivers, the political boundaries, and the roads with my eyes. My grandfather worked in the cartography department of the FBI, and he also happened to be my biggest role model when I was young.

I have recently finished an internship with the Geographic Research Unit of the NYC Department of City Planning, and I received a research grant earlier this year in order to assist Dr. Holly Porter-Morgan in doing GIS and chemical analyses of contaminants in New York City waterways. After graduating I hope to pursue a career in Geographic Information Systems and cartography myself.

I am very excited to be welcomed as an intern at the American Geographical Society, and I am looking forward to interacting with its many members. Throughout the fall I will be creating maps, and sharing interesting and current news from the world of geography on our website and through social media. I will also be providing a spotlight for inspiring companies and non-profits in the field, as well as members of our own council who are doing amazing work. In addition, I will be helping to put the final touches on our Fall Symposium, Geography2050. I Hope to see you there!