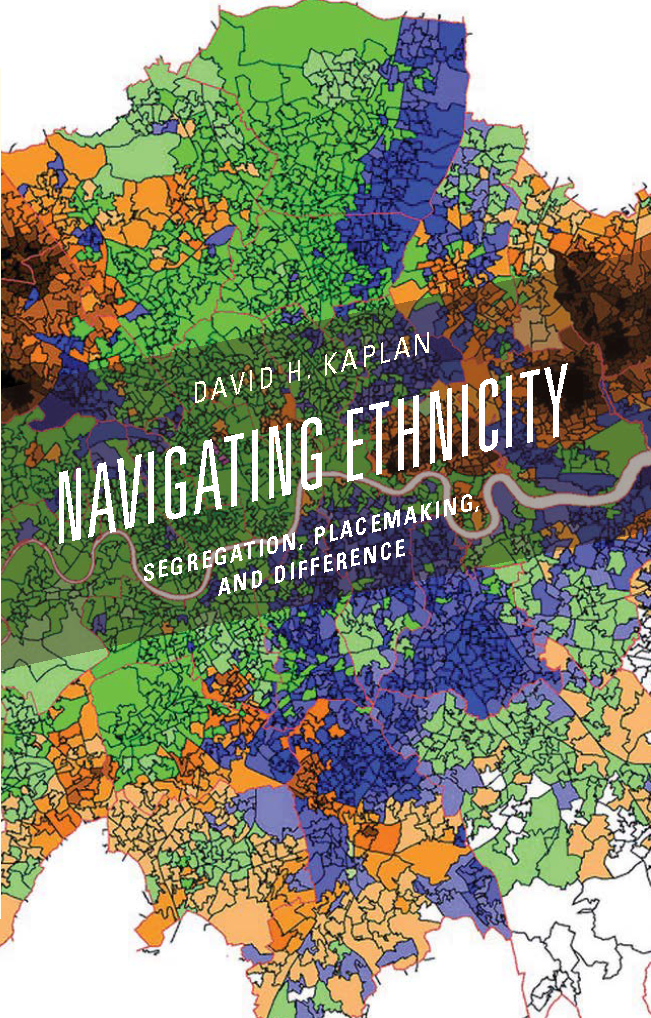 American Geographical Society (AGS) Councilor, Geographical Review Editor-in-Chief, and Professor of Geography at Kent University, Dr. David Kaplan has released a new publication, Navigating Ethnicity: Segregation, Placemaking, and Difference. In the book, Dr. Kaplan uses a consistent, authoritative voice informed by an analytical framework that clarifies both the causes and consequences of ethnic concentration throughout the world.

Ethnicity and its variants are a key way in which people come together and divide themselves from one another. These produce multiple spatial arrangements, from segregation to placemaking to changes in the landscape. Navigating Ethnicity examines ethnicity, nationality, and race in a unique manner by looking at how they are arranged geographically. These arrangements carry tremendous meaning in framing the identity and structuring the opportunities of members of an ethnic group.

The most important aspects of ethnicity – from what the term means, to its historical changes, to its causes, its consequences, and how it is transforming – are presented in terms of processes, with several examples from around the world. Most fundamental to the book is a perspective which considers ethnicity as a contingent phenomenon. The position, definitions, behaviors, and attitudes toward and by members of an ethnic group vary considerably, depending on the context. An ethnic group in one place may be treated much differently from that same group in another place. These important contingencies are discussed and expanded throughout.

Navigating Ethnicity incorporates a number of different perspectives and begins with the idea that the experience of ethnic groups must be contextualized, depending on where they are located, the overall national ideology of incorporation and the presence of other ethnic groups.

The book is available for purchase on Amazon and Rowman & Littlefield Publishers.

“Offering a superbly researched tour de force on ethnic groups around the world, David Kaplan addresses the major topics of this subject in clear language that gives access to students without talking down to advanced readers. He addresses advantaged and disadvantaged ethnic communities, modes of immigrant insertion, ethnic business, neighborhood formation, common measurement methods, clustered and dispersed groups, diasporas, hybrids, and transnationals, pulling it all together with illustrations from around the globe. The book will be widely read and find a place on the bookshelf of every scholar who takes an interest in this topic.”
— Ivan Light, University of California, Los Angeles

“Centering around the discussions of ethnicity and its spatial manifestation in different parts of the world, David Kaplan’s cogent book offers a comprehensive geographical overview across space and over time. Its contextualization of ethnic identity encompasses the tremendous complexity of contemporary urban ethnicity. It is an excellent addition to the existing literature as both a textbook and a scholarly reference.”
— Wei Li, University of Arizona

“Navigating Ethnicity is a monumental achievement that explores the origins of ethnicity in its many forms around the globe. Using both historical and contemporary examples, David Kaplan makes a compelling case that ethnicity and multiculturalism are shaped by geography—from nation-states to cities to neighborhoods. He systematically illustrates how ethnicity and geography are inextricably linked in ways that create and reinforce social boundaries and status hierarchies among peoples.”
— Daniel T. Lichter, Cornell University