The United States celebrates Thanksgiving on the fourth Thursday in November every year in commemoration of the Pilgrims first Thanksgiving in the “New World.” Oftentimes, the story includes Squanto, a Patuxet tribe member, and how members of the Wampanoag joined the Pilgrims in their celebration. It is well known that the local native community’s aid and support allowed the Plymouth settlers to survive their first winter. Indigenous communities supporting European settlements, however, goes far beyond teaching about farming and fishing techniques; community members were essential to helping Europeans understand the vast geography and landscape.

The Library of Congress’ Geography and Map Division houses the Native American Spaces: Cartographic Resources at the Library of Congress. The Division owns two 18th-century manuscripts which were created by Indigenous individuals to use by European settlers, as well as a few reproductions and copies of other maps drawn. Because of the ephemeral nature of the maps created, few of these originals have survived into the 21st century, and the Division does not have any that predate colonization. As a result, maps drawn by Indigenous peoples are incredibly rare and valuable to understanding Indigenous geographic knowledge, spatial understanding, and connectivity, as well as their roles in guiding and informing European settlements and exploration.

Map of the country about the Mississippi [ca. 1755] 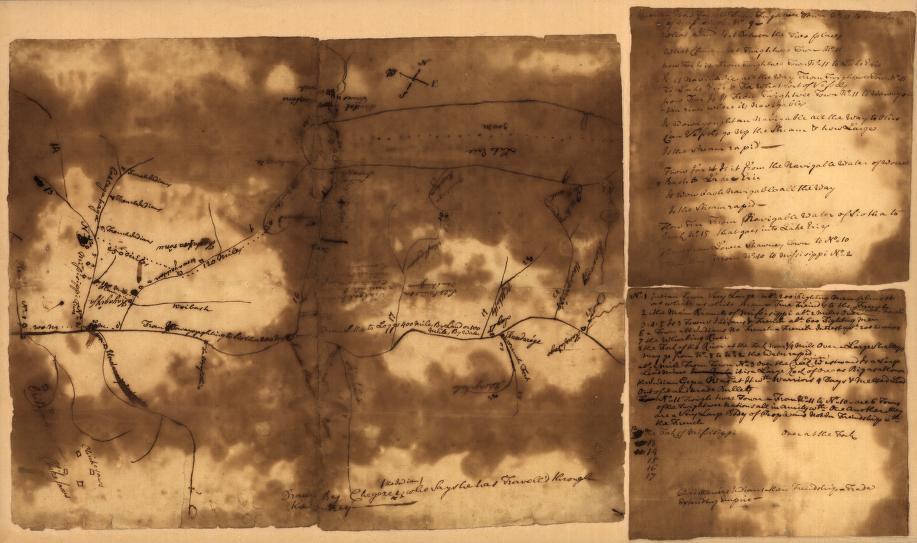 Thought to be created for a British official early in the French and Indian War (1754-63), the map extends from Middle Mississippi to what is presently western Pennsylvania, and from Lake Erie to the mouth of the Ohio River. The map details locations such as geographic boundaries, native settlements, and a “French Fort” (determined to be Fort Duquesne). Native settlements included in the map focus on the Twightwees, the English name of the Miamis, emphasizing the strategic geographic location of the Miamis as well as other tribes that were allied with the French, located along the Illinois and Mississippi rivers. Information like this was crucial to British forces during the war as they fought France for European control of the North American interior region. A handwritten note on the back of the map gives a description of the image, “Map of the country about the Mississippi. Drawn by Chegeree who says he has traveled through the country.” The exact identity of the Chegeree mapmaker is unknown, however based on clues from the map drawn, it was hypothesized that they had migrated to the area of the Wabash and Maumee rivers in the early 18th century.

Map of the several nations of Natives to the Northwest of South Carolina [ca. 1721] 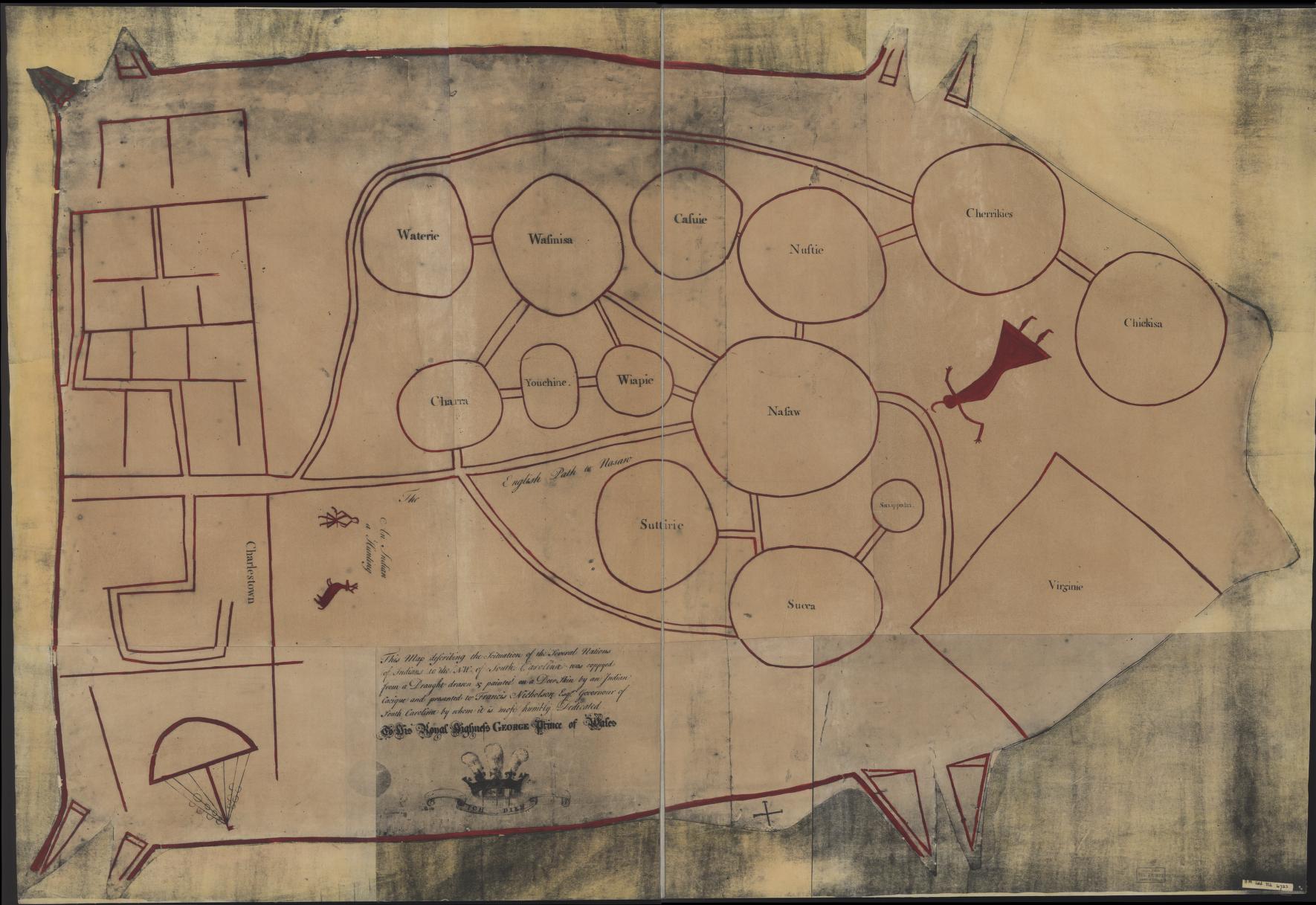 Commonly referred to as the “Catawba Deerskin Map,” the map above was drawn to explain the connectivity between Indigenous groups living on the South Carolinian piedmont. The tribes, represented by the 13 circles, are connected on the map via doubled lines to symbolize footpaths. The map was presented to Francis Nicholson, the colonial governor of South Carolina, around the year 1721. Nicholson had summoned local Creek, Cherokees, and Catawba members to a meeting to discuss his goals of building new forts and trade relations with the tribes in the area. The author of the map is also unknown, however it is believed to be drawn by a Catawba or Cherokee chief. A note on the map itself reads: “coppyed [sic] from a draught drawn & painted on a deer skin by an Indian Cacique and presented to Francis Nicholson Esqr. Governor of South Carolina by whom it is most humbly dedicated to his Royal Highness George, Prince of Wales.” The map held by the Library of Congress’s Geography and Map Division is a copy of the original which is located in the British Library.

To learn more about Indigenous drawn maps and maps about American colonial history with native tribes, be sure to visit the Native American Spaces: Cartographic Resources at the Library of Congress’ Featured Selection of Maps.